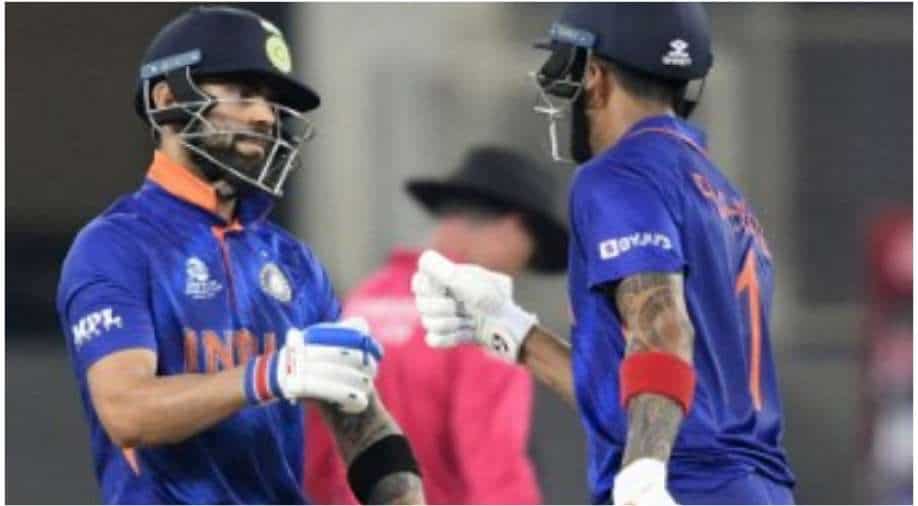 Ahead of the second and penultimate ODI between both sides, on Friday (January 21), former Pakistan spinner Danish Kaneria has made a glaring remark. Kaneria feels Indian team is divided in two groups, claiming that stand-in captain KL Rahul and Virat Kohli are not on the same page.

KL Rahul-led Team India lost the first ODI, of the three-match series, versus Temba Bavuma's South Africa at Boland Park, Paarl on Wednesday (January 19). Opting to bat first, Proteas were reduced to 68 for 3 before Bavuma's 110 and Rassie van der Dussen's 129 not out propelled the home side to 296-4 in 50 overs. In reply, India managed 265-8 courtesy fifties from Shikhar Dhawan, Virat Kohli and Shardul Thakur.

Ahead of the second and penultimate ODI between both sides, on Friday (January 21), former Pakistan spinner Danish Kaneria has made a glaring remark. Kaneria feels Indian team is divided in two groups, claiming that stand-in captain Rahul and Kohli are not on the same page. Earlier, reports were doing the rounds that there was a rift Kohli and limited-overs skipper Rohit Sharma. However, Kohli had tarnished all such reports before the SA tour.

Kaneria told in a video on his Youtube channel, "We saw that the Indian dressing room was divided into two groups. KL Rahul and Virat Kohli were sitting apart. Also, Kohli wasn’t in the same mood as he used to be when he was the captain. But he’s a team man and will come back stronger."

Kaneria's claims make heads turn given Rahul has lavished praise on Kohli ahead of the ODIs. Talking about the former captain Kohli, the 33-year-old took the field for the first time after giving up captaincy altogether -- quitting as T20I and Test captain whereas he was sacked as ODI skipper.

Kaneria feels India will be eager to sign off from South Africa with an ODI series win, losing the Tests 2-1. However, the tainted spinner opines that India need to stand tall after lacking intensity in the series opener. "After losing the Test series, India would be eager to redeem themselves and clinch the ODI rubber. But Rahul hasn’t shown that spark until now. He had led in the Test series but wasn’t able to lift the team to break the South African partnership. At one stage, it didn’t look like the Proteas would put up 296 on the scoreboard. Lack of intensity from the Indian team helped the opposition in scoring such a total. There were also fielding lapses from the visitors," said the former Pakistan spinner.

The second and penultimate ODI is being held at the same venue on Friday.