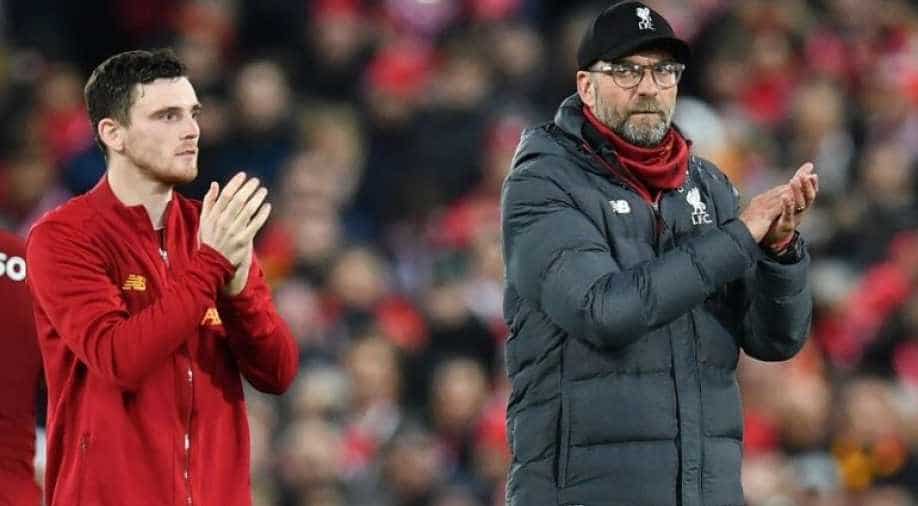 Sheffield United were the latest victims of Liverpool's unbeaten streak as Mane wrapped up the points in the 64th minute at Anfield.

Winners of their last 18 home league games, Liverpool are unbeaten in 51 top-flight matches at Anfield dating back to April 2017.

As if it wasn't hard enough to beat Liverpool already, they are proving more impregnable than ever lately.

This was their fifth consecutive top-flight clean-sheet - the first time they have managed that since 2007 - and they completed more passes than any team in one match in the Premier League era.

"The way we controlled Sheffield United was exceptional. In possession we were incredible, we were calm but lively as well. The goals we scored were exceptional," Klopp said. 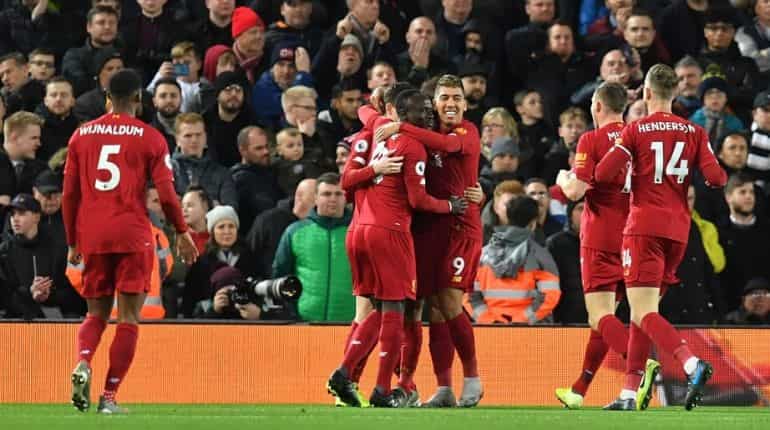 "It's obviously good (to go unbeaten for a year) but the target was not to extend this, but to win the game," the coach added.

"We did not think about the one year (undefeated). We have season resolutions, not New Year resolutions!"

After a golden 2019 saw Liverpool crowned European and Club World champions, the next target is ending Manchester City's two-year spell as champions after narrowly missing out last season.

Their sights set on domestic bliss, the new year started just as the old one finished, with Liverpool setting standards of excellence that rival anything achieved by City's breath-taking team.

Premier League immortality is within touching distance as Klopp's men are already over halfway towards an unbeaten league season that would replicate the incredible feat of Arsenal's 2003-04 Invincibles.

Liverpool hadn't even kicked off when they suffered what could have been a distracting blow as Naby Keita was replaced by James Milner after being injured in the warm-up.

But the Reds are far too polished to lose focus and they were in front within four minutes.

Their win at Bramall Lane in September had come thanks to a mistake from United keeper Dean Henderson and once again Liverpool benefitted from a Blades blunder.

When Virgil van Dijk played a long pass towards Andrew Robertson, it should have been easy for George Baldock to deal with.

But Baldock lost his footing and fell over, allowing Robertson to advance and cross low to Salah, who got in front of Jack O'Connell to steer in a clinical close-range finish for his 14th goal of the season. 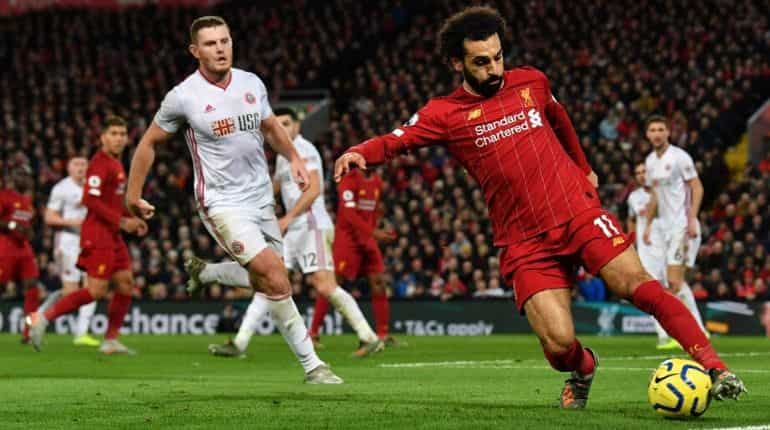 Ahead of their first visit to Anfield for 13 year, Chris Wilder's down-to-earth side took the unusual decision to train alongside the public on Stanley Park in the shadow of the famous stadium.

The session was interrupted when a dog decided to use one of the training cones as a toilet.

That unpromising omen proved apt as the visitors' hopes of a shock result were flushed away.

Liverpool's ability to press any opponent into submission and deliver the knockout blow with their lethal front three has made them virtually unplayable over the last 18 months. Running onto Robertson's pass, Mane broke into the area and took Salah's return pass before firing gleefully into the roof of the net after his initial shot was saved.