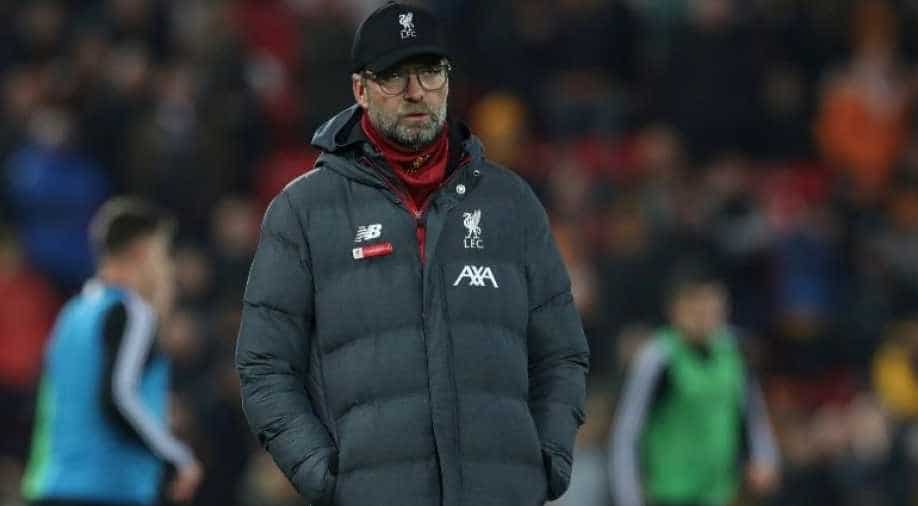 Jurgen Klopp has already expressed his negative feelings about the 'hectic festive' schedule as being a crime and has now gone on to criticise the VAR system of the Premier League, which has at many occasions led to delays in the game.

The video assistant referee (VAR) system was back in the spotlight on Sunday after drawing the ire of both managers in Liverpool's 1-0 Premier League win over Wolverhampton Wanderers.

Sadio Mane's goal restored Liverpool's 13-point lead over Leicester City at the top of the table but it was only confirmed after a lengthy VAR review to check for a possible handball by Adam Lallana in the build-up.

"We're in December and coming into January. Players standing around that long is not good," Liverpool boss Juergen Klopp said. "I'd prefer if referees went to the screen because it's directly next to us and never used, I don't know exactly why.

"If it's a tight offside with a small margin ... then I can understand it, but with the possible handball, I don't understand it.

"It would have gone quicker (by going to the screen), but that's how we do it in England and we cannot change that."

Wolves were then denied an equaliser by VAR, another decision that came after a long delay.

Wolves coach Nuno Espirito Santo, who was booked for protesting the disallowed goal, said he was not a fan of VAR decisions being taken miles away from where matches are being played.

The VAR decisions are made at a hub in Stockley Park, south West London.

"I don't like it," he added. "A referee in that situation doesn't feel the game like someone present at the match. It's not for me to say how things can be improved, but I think it's a pity."