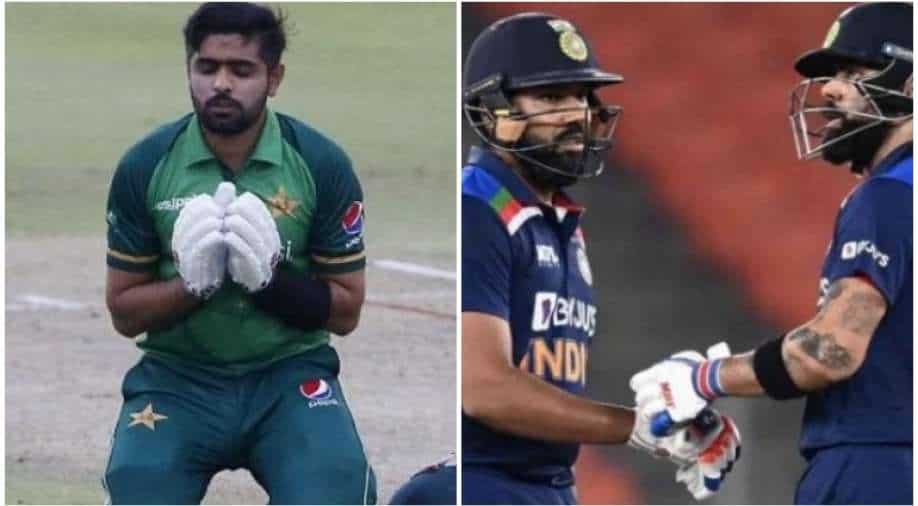 Ahead of the much-awaited India-Pakistan T20 World Cup clash, Babar Azam has made a big claim that Men in Green will win.

India and Pakistan are set to lock horns in the upcoming match of the T20 World Cup 2021, in the UAE, which will be the tournament-opener for both sides in the main draw of the showpiece event. Both sides last met in the 2019 ODI World Cup, where Virat Kohli-led India thrashed Pakistan by 89 runs (DLS method).

In addition, India beat Pakistan by 6 wickets in what was the last face-off between both sides in the shortest format, during the 2016 edition of T20 WC. Ahead of the marquee encounter, many experts and former cricketers have labelled India as the favourites due to their unbeaten streak versus the Men in Green in World Cups (both ODIs and T20Is). For the unversed, India lead Pakistan 7-0 in the 50-over WC whereas they have a 5-0 head-to-head record versus Babar Azam & Co. in the T20 WC.

However, Babar Azam has played down India's superior record and believes history will be created with Pakistan beating India in the upcoming face-off, at the Dubai International Cricket Stadium on Sunday (October 24).

"When you go into a big tournament, what matters is your belief, the confidence you have within the group. As a team, our confidence and morale is very high. Past is gone, we are not thinking about it rather we are focusing on the future. I am confident that we are well prepared and will play good cricket in the match," Azam said during a presser.

"An India-Pakistan contest is always a high-intensity match and there always is pressure but as players and as teams, we try to focus on cricket. We need to be calm and focus just on cricket. We will have to play good cricket in the match. As far as the conditions in UAE is concerned, since I have been playing cricket, we have played in UAE in the last 3-4 years and we know how the wickets will behave and how the batsmen need to adapt themselves. On the day, whoever plays better cricket will win and our aim is to play best cricket and if you ask me, I think we will win," he said.

It will be interesting to see if Babar & Co. can walk the talk on Sunday evening when both sides will lock horns at Dubai. The two teams are placed in Pool B, along with New Zealand, Afghanistan and Scotland whereas one among Ireland or Namibia will also join the group post the qualifiers.