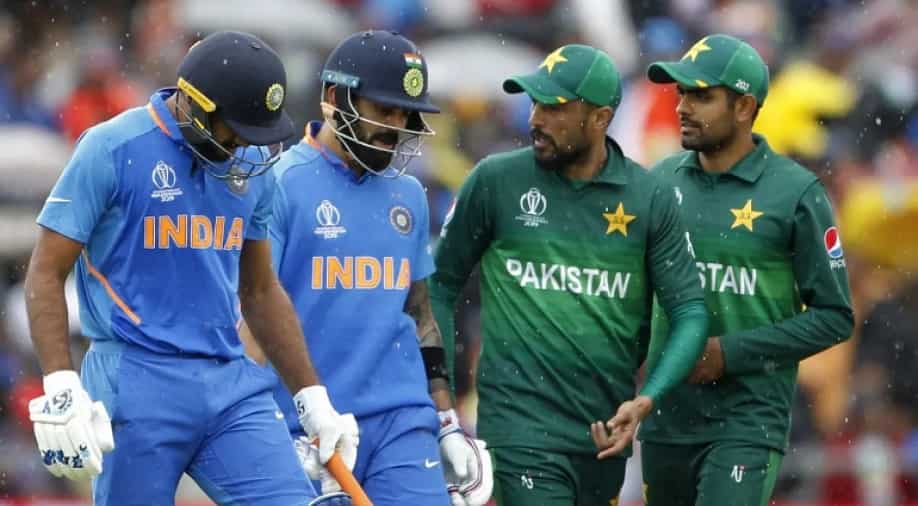 Legendary Pakistan pacer Waqar Younis has made a bold prediction ahead of the much-anticipated face-off between India and Pakistan in the upcoming T20 World Cup 2021.

Legendary Pakistan pacer Waqar Younis has made a bold prediction ahead of the much-awaited blockbuster clash between India and Pakistan at the upcoming T20 World Cup 2021. The arch-rivals will lock horns in their campaign opener at the Dubai International Stadium in Dubai on October 24. Ahead of the clash, Younis has touted Pakistan to beat India if Babar Azam & Co. play to their potential in the opening encounter.

Arch-rivals Indian and Pakistan, which have not played a bilateral series since 2013, meet only in major ICC events. Thus, any encounter between the two sides becomes an intriguing affair with millions across the world glued to their television screens to watch the two teams in action against each other. India and Pakistan have been drawn in Group 2 at T20 World Cup 2021 which also features New Zealand and Afghanistan.

"I honestly believe that Pakistan can beat India in their opening encounter if they play to their potential. It won’t be easy but we certainly have the personnel who can come good," Younis told CricWick when asked about Pakistan's chances against India at the T20 World Cup this year.

A clash between India and Pakistan also brings in a lot of pressure for the players from both sides with expectations at an all-time high. Younis believes it will be crucial for both teams to nullify the pressure well and get the better of their opposition.

"It's a big game and pressure will be on both teams as it will be their first match of the tournament. But the first few deliveries and runs will be crucial but if we are able to negotiate it well we can win the game," the former Pakistan pacer added.

India are unbeaten against Pakistan so far in both T20 and ODI World Cups. India have met Pakistan five times in the T20 World Cup and have won in all five meetings. The last meeting between the two sides came at the ODI World Cup in 2019 where India hammered Pakistan by 89 runs via the DLS method.