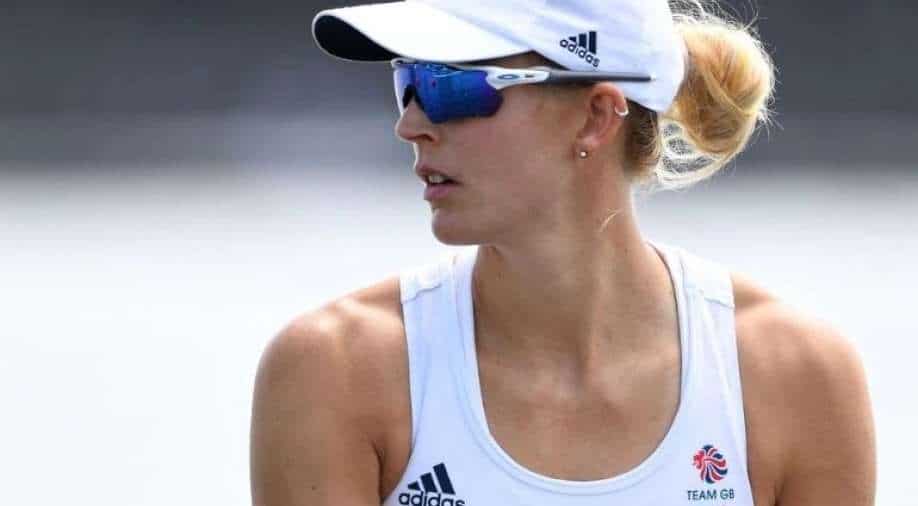 Four-time Olympian Emma Twigg posted the fastest overall time of the women's opening heats in her first race since 2019, cruising through to a 7:35.22 finish at the fan-free venue after two heartbreaking fourth-place finishes at the London and Rio Games

Four-time Olympian Emma Twigg's latest battle for the podium got off to a roaring start on Friday, as compelling matchups in the men's and women's single sculls began to take shape on the first day of Olympic rowing at the Sea Forest Waterway in Tokyo.

The 34-year-old New Zealander posted the fastest overall time of the women's opening heats in her first race since 2019, cruising through to a 7:35.22 finish at the fan-free venue after two heartbreaking fourth-place finishes at the London and Rio Games.

"It's definitely a lung-buster. A few nerves going into it, but that's to be expected in an Olympic Games. It's good to get underway," she said. "These early races, nobody really shows their cards."

She faces a stacked field ahead, as American Kara Kohler, 30, clinched her heat in her return to Olympic rowing, and Ireland’s Sanita Puspure, 39, proved she was worth the hype, winning her round by more than eight seconds after bringing home World Championship titles in 2018 and 2019.

Another clear contender, Britain's Victoria Thornley, who picked up silver in the double sculls in 2016, also advanced.

"Coming to the Olympics in the single has been a dream of mine for some time, so it's good to be out there doing what I love," said the 33-year-old three-time Olympian.

On the men's side, a rematch of the 2019 World Championship final was shaping up, after Norwegian Kjetil Borch posted the fastest overall time in 6:54.46, and 24-year-old German Oliver Zeidler and Sverri Nielsen, 27, of Denmark also clinched their rounds.

Also read | Tokyo 2020 Olympic games: Here's how and where you can watch the live games and opening ceremony

"Everything went as planned," said the 31-year-old, who picked up bronze in the double sculls at the Rio Games, and finished third behind Zeidler and Nielsen, respectively, in 2019.

"You could feel the tension at the start, people are eager to start the Olympics."

Croatia’s Damir Martin, who won silver in Rio, also advanced to the quarter-finals, as he aims to fight his way to the top of the podium after the retirement of New Zealand’s Mahe Drysdale, the winner of back-to-back gold in 2012 and 2016.

The Netherlands dominated across the board as men's double sculls pair Melvin Twellaar and Stef Broenink set a new Olympic best, scorching their opening heat in 6:08.38 and upending an Olympic best set minutes earlier by 2018 World Champions Hugo Boucheron and Matthieu Androdias of France.

Their female counterparts, Roos de Jong and Lisa Scheenaard, clinched a spot in the semifinal after winning their heat in 6:49:90, as the Dutch women's single and quad, and men's quad, moved on as well.