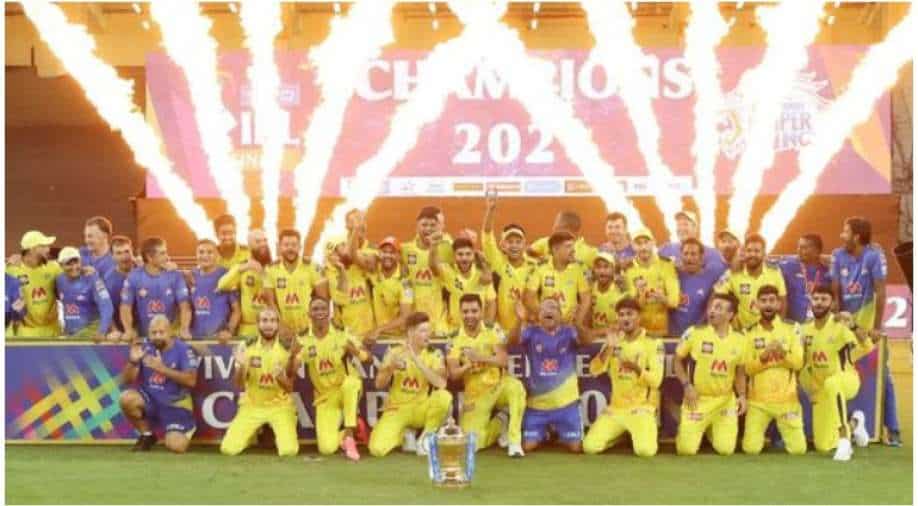 CSK CEO names ex-player Yellow Army will aim to get back in mega auction Photograph:( AFP )

Chennai Super Kings (CSK) retained skipper MS Dhoni, Ravindra Jadeja, Ruturaj Gaikwad and Moeen Ali. Now, the CSK CEO has revealed who among the non-retained players will the franchise look to get back in the IPL 2022 mega auction.

Thus, CSK let go off many players such as Mr. IPL Suresh Raina, also fondly called the Chinna Thala (right hand of the leader) by the local fans, Dwayne Bravo, Faf du Plessis, Imran Tahir, Deepak Chahar, Shardul Thakur, etc. The Yellow Army will look to rebuild and form a new core of players in the squad, however, the CSK CEO has revealed that the franchise will look to try and get back opener Faf du Plessis.

In a video posted by CSK franchise, K Viswanathan said, "We look forward to getting them back. For example, Faf has been a team man who has taken us to the finals of two important seasons. It will be our endeavor to go and try for him. But it's not in our hands." He added, "We wish them all the very best wherever they are. We look forward to having a very good 2022."

ALSO READ | IPL 2022: Which side be the richest? Revealing purse of 8 existing teams before mega auction

While Raina has been CSK's leading run-getter in IPL (5,529), the swashbuckling left-hander's stocks had gone down since the franchise's readmission. Moreover, Faf (CSK's third-highest run-getter with 2,932 runs) formed a daunting opening pair with Ruturaj in IPL 2021 and has been one of their star performers with the bat in the last two editions.

For the unversed, the Dhoni-led CSK franchise will head into the next year's mega auction with a total of 480 million in their purse. The mega auction is likely to be held in early January. The next edition will see two more teams taking part in the cash-rich league, in the form of Lucknow and Ahmedabad.