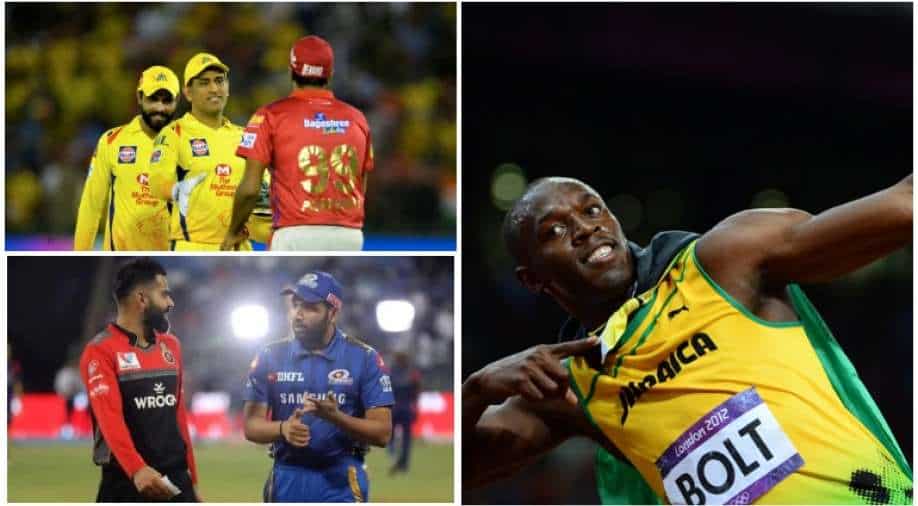 During a recent interaction, Jamaican sprinter Usain Bolt revealed that he wants to get back to shape and feature in the IPL. CSK, MI, DC, KKR, RCB and the likes, are you listening?

Jamaican sprinter Usain Bolt remains a big name in world of sports. While he has won accolades for his achievements in field and track events, the 35-year-old runner remains one of the few sportspersons who continuously wants to better himself in all aspects of life.

Bolt, eight-time Olympic gold medallist, remains a renowned athlete but athletics wasn't his first love. It was cricket. Hence, the Jamaican star is now eyeing a cricket career and is keen to play in the cash-rich league Indian Premier League (IPL). For the unversed, IPL's popularity is well-known worldwide. Many Jamaican superstars such as Chris Gayle and Andre Russell are big names in IPL. Thus, Bolt is well aware of the tournament and wants to try his hand in the league.

ALSO READ | IPL 2022: Which side be the richest? Revealing purse of 8 existing teams before mega auction

During a recent interaction with Hindustan Times, Bolt revealed that he wants to get back to shape and feature in the IPL. When asked if he would like to feature in the forthcoming IPL 2022, starting next year, Bolt said, "Definitely. I will get my training on. I’ll get fit and get ready. The two main sports in Jamaica at the time was actually was football and cricket. I was a massive fan of cricket because my dad was a fan of it. He watched it every day, every chance you get, you would watch all the teams play so I grew up watching cricket."

Bolt, who retired from track and field in 2017, and his love for cricket

“When I was really small I loved Pakistan cricket team. Waqar (Younis) was one of the greatest Pakistan bowlers ever, and I was a bowler, so I really enjoyed watching him. I was a big Pakistan fan until I got older when I noticed that I should actually support my home team,” added Bolt.

It will be very interesting to see if Bolt can walk the talk and feature in the IPL. For the unversed, he had also tried his hand at football when he turned up for Australia's professional soccer club, Central Coast Mariners for a brief period.

Talking about the IPL, all eight existing franchises revealed their list of retained players recently before the IPL 2022 mega auction, slated to be held early next year. IPL 15 will see two more teams -- such as Lucknow and Ahmedabad -- as the cash-rich league aims to move from strength to strength.