Not hurt by Wriddhiman Saha's comments, he deserved honesty and clarity about his position: Rahul Dravid 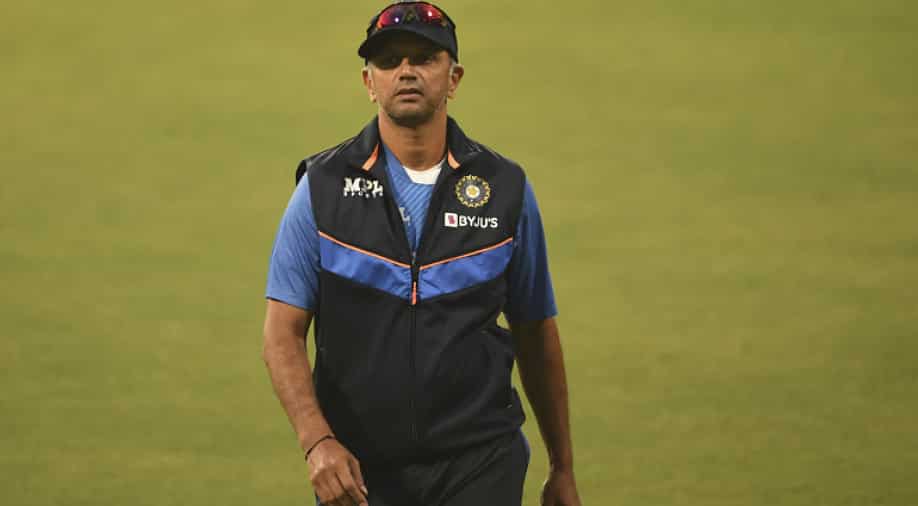 Rahul Dravid said he was not at all hurt by Wriddhiman Saha's comments about him. Photograph:( AFP )

Reacting to Wriddhiman Saha's comments about him, India head coach Rahul Dravid said he was not hurt at all and wanted to give clarity to the wicket-keeper regarding his future.

India's head coach Rahul Dravid is not "hurt" by Wriddhiman Saha revealing the "difficult" conversation that the two had about his future as he firmly believes that the veteran keeper-batter "deserved the honesty and clarity" which was provided to him.

Saha, whose India career has come to a halt, recently told the media that Dravid asked him to consider retirement during a private conversation after the South Africa series last month.

Dravid said his intention behind talking to Saha was to ensure he has a clear picture of where he stands and he does not regret it.

"I'm actually not hurt at all. I have deep respect for Wriddhi and his achievements and his contribution to Indian cricket. My conversation came from that place. I think he deserved honesty and clarity," Dravid replied at the end of the T20 series against the West Indies which India won 3-0 on Sunday.

The 37-year-old, who has played 40 Tests for India, was dropped from the squad ahead of the upcoming home series against Sri Lanka. He subsequently pulled out of the ongoing Ranji Trophy as well.

Dravid said he will continue having such conversations with players whether they like the discussion or not.
"It's about conversations I constantly have with players. I don't expect players to always agree with everything I say about them.

Also Read: Time for Sourav Ganguly to step in: Ravi Shastri 'shocked' as Wriddhiman Saha threatened by a journalist

"That's not how it works. You can have difficult conversations with the players, but that doesn't mean you brush it under the carpet and don't have the conversations," Dravid was crystal clear about his approach.

Dravid said that his philosophy is to have discussions with players before every playing XI is picked.

"I always believe in having those conversations before every playing XI is picked and be open to questions such as why they are not playing. It's natural for players to get upset and feel hurt," he said.

Dravid also explained the rationale behind speaking to Saha, saying that it was necessary as Rishabh Pant has already established himself as the new No.1 wicketkeeper across formats and the Bengal man wouldn't have got chances going forward.

"I was just trying to convey that with RP (Pant), having established himself as our No.1 wicketkeeper-batsman, the idea was to say that we are looking to groom a younger wicketkeeper (Kona Bharat).

"This doesn't change my feelings or respect for Wriddhi," he asserted.

For Dravid, telling a harsh truth is better than avoiding a conversation altogether. "Easiest thing for me is to not have these conversations and not speak to players about it. That's not what I am going to do.

"But at some stage, I hope they respect the fact that I was able to front up and have those conversations," he added.