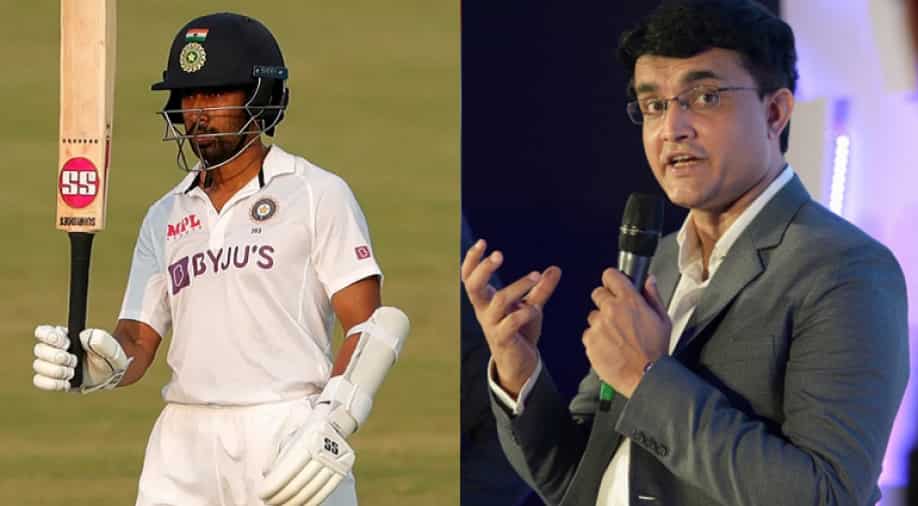 Wriddhiman Saha has made explosive claims about Ganguly and Dravid. | Photo - BCCI/AFP | Photograph:( Others )

Veteran India wicket-keeper batter Wriddhiman Saha has made some explosive revelations about Sourav Ganguly and Rahul Dravid after being dropped from the Indian Test team.

Wriddhiman Saha was not picked in India's Test squad for the upcoming Sri Lanka series at home. Saha was among four senior players who were dropped from the squad for the two-match series against the visitors. The Chetan Sharma-led selection panel announced India's T20I and Test squad in a virtual press conference on Saturday (February 29).

While Rohit Sharma was appointed India's permanent captain in Tests, the selectors made a bold call by dropping senior players like Ajinkya Rahane, Cheteshwar Pujara, Ishant Sharma and Saha. While chief selector Sharma refused to divulge the details of the reason behind not including Saha in the squad, he also insisted the senior wicket-keeper not playing in the ongoing Ranji Trophy is not a concern for the selectors.

His non-selection has not gone down well with Saha, who has made some explosive revelations after being dropped from the Indian Test squad. The senior wicket-keeper batter revealed that he had received an assurance from BCCI president Sourav Ganguly that his spot in the Indian Test team is secure as long as he is at the helm of the Indian cricket board.

Saha had played a crucial knock of 61 runs in the first Test against New Zealand last year to bail India out of trouble in Kanpur. Saha claimed it was after his unbeaten 61 against the Kiwis that he had received a message from Ganguly, the president of BCCI, assuring him of his spot is safe in the Test team as long as he was there.

“After scoring 61 against New Zealand at Kanpur, Dadi (Ganguly) congratulated me over WhatsApp and mentioned, ‘As long as I’m here (helming the BCCI), you would be in the team’. Such a message from the BCCI president really boosted my confidence. What I’m struggling to understand is that how things have changed so fast,” Saha was quoted as saying by PTI.

After venting his frustration out against BCCI president Ganguly, Saha also made some startling revelations against India's current head coach Rahul Dravid. The senior wicket-keeper batter said he was told by the Indian team management that he will not be considered for selection in the Test side anymore and that he should retire.

"The team management had told me that I would not be considered henceforth. I could not tell this so long as I was part of the India team setup. Even coach Rahul Dravid suggested that I think about taking retirement," PTI quoted Saha as saying.

The Indian team has replaced Saha with the young KS Bharat, who has been churning out great performances in the domestic circuit and is seen as a potential long-term competitor for Rishabh Pant as wicket-keeper in the longest format.

Saha, who is currently not playing the ongoing Ranji Trophy, is unlikely to make a comeback in the Indian Test side if he fails to prove his mettle once again in the domestic circuit.