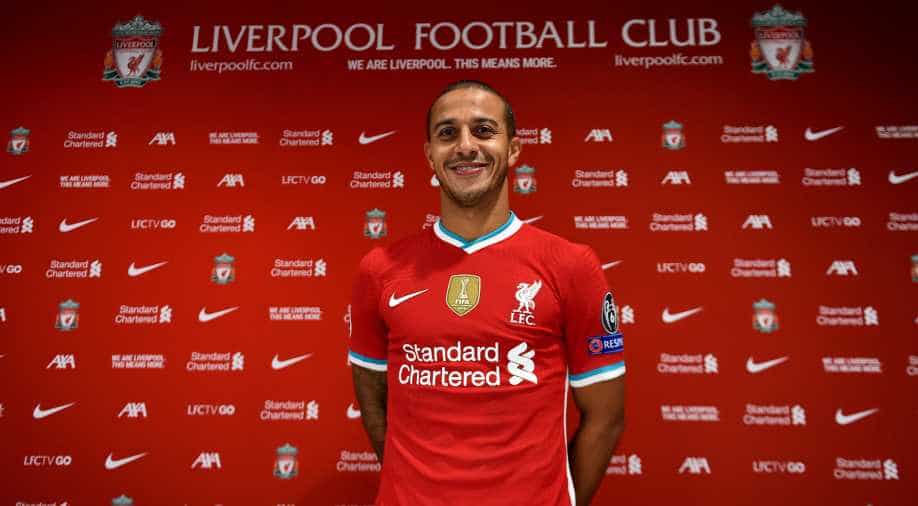 "After the international break he will be fine, for sure,” Klopp told Sky Sports after the Premier League match.

Liverpool's new signing Thiago Alcantara will be missing next to games as per manager Juergen Klopp said on Monday.

Also read: 'Opposite of sloppy': Klopp questions Keane over his Liverpool criticism

According to Klopp, the midfielder is "not fit enough". The Spaniard was signed from Bayern Munich earlier this month and made his debut against Chelsea last week but was not in the squad for Monday's 3-1 win against Arsenal at Anfield.

"After the international break he will be fine, for sure,” Klopp told Sky Sports after the Premier League match.

"That’s the situation in the moment. He is not fit enough to be involved today, but that’s it."

Liverpool's website reported that his absence was due to a "minor fitness issue".

The next two games for Liverpool will be against Arsenal again on Thursday in the League Cup fourth round before Sunday's Premier League trip to Aston Villa.

Ex-Bayern Munich player is expected to make his debut against Everton on October 17 at Goodison Park.