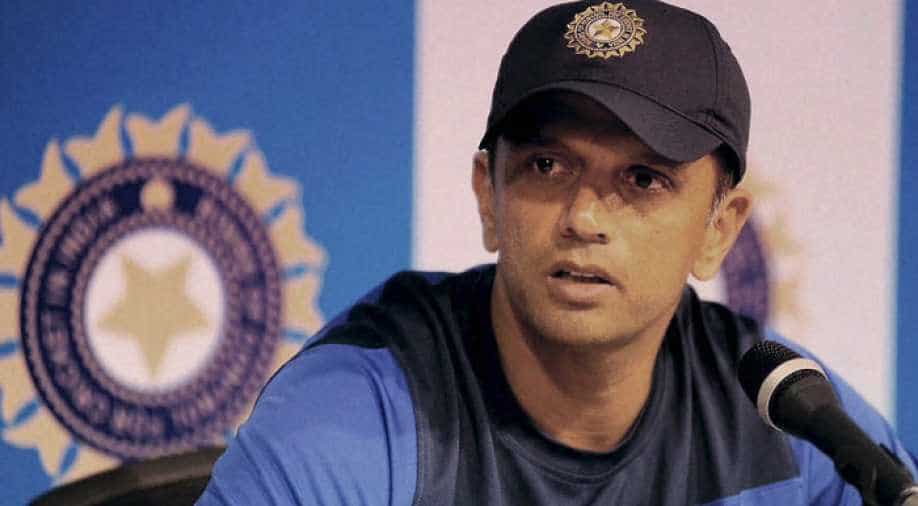 After the 1st Test between India and New Zealand in Kanpur, Team India head coach Rahul Dravid was impressed with the groundsmen and donated generously for preparing a sporting track.

The first Test between India and New Zealand ended in a dramatic fashion as the Kane Williamson-led visitors managed to earn a draw. Ajinkya Rahane & Co. couldn't claim the last wicket as the Black Caps ended at 165/9 in pursuit of 284 on the final day on Monday (November 29).

While the result couldn't be produced, the series opener lived upto expectations due to its sporting track. The groundstaff did a splendid job in preparing a track which had something to offer for pacers, spinners as well as the batters. Hence, the contest went into the last half hour and had everything in it to be labelled as a classic encounter even though no team managed a win.

"We would like to make an official announcement. Mr Rahul Dravid has paid ₹35,000 personally to our groundsmen," the Uttar Pradesh Cricket Association (UPCA) announced in the press box after the conclusion of the Kanpur Test.

Talking about the match, Rahane-led India won the toss and opted to bat first. Riding on Shreyas Iyer's 105 and fifties from Shubman Gill and Ravindra Jadeja, India posted 345 all-out. In reply, the Kiwis managed 296 whereas they were given a stiff task to chase down 284 after the home side declared at 234-7, with a handy 49-run lead.

ALSO READ | IND vs NZ: Wasim Jaffer shares an 'out-of-the-box' suggestion on who could open with Shubman Gill in 2nd Test

On Day Five, Tom Latham's 52 and debutant Rachin Ravindra's 18* (91 balls) ensured the Kiwis managed a draw as the proceedings ended with them being 165/9. For India, R Ashwin returned with a three-fer whereas Ravindra Jadeja ended with 4 for 40.

At the post-match presentation, stand-in captain Rahane said, "Very good game of cricket, they played really well. We came back really well after the first session. We wanted to get that partnership going. We were looking to bowl 5-6 overs in the end, but we needed that partnership to carry on. I don't think we could have done anything different. The chat with the umps was about the light. As a fielding team, you want to bowl more overs, as a batting unit you don't want to bat in that situation. The chat was about the light, but umpires made the call and I thought they were right. I thought on this wicket the spinners had to bowl long spells. It was all about rotating the bowlers and they bowled really well. I am really happy for Shreyas. He had to wait a long time for his Test debut. He batted really well. The way he works, his record in FC cricket is really good. Virat is coming back for the next game. We'll have to wait and see till the Mumbai game. I am not going to make any comments but the management will make a call."

The second and final Test will begin on December 3 at the Wankhede Stadium, Mumbai.