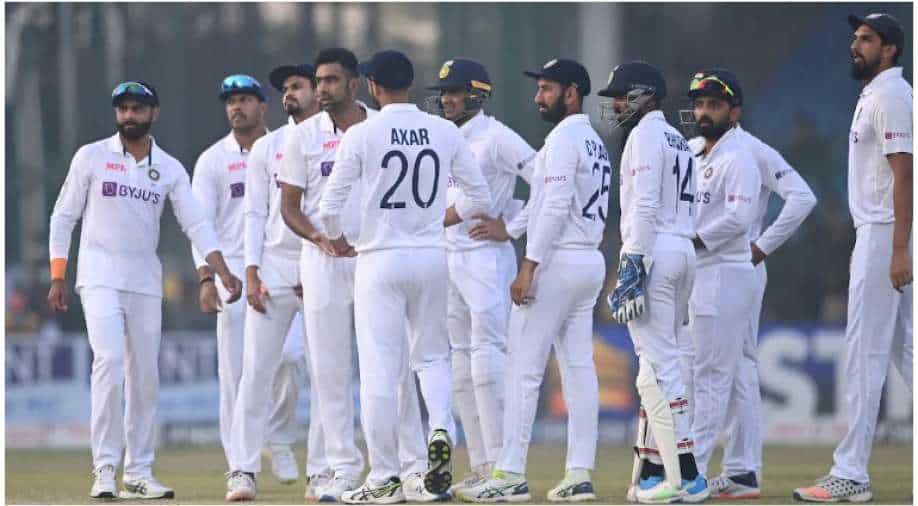 Former player names batter who should be dropped for IND's 2nd Test vs NZ Photograph:( AFP )

With regular captain Virat Kohli set to return for the 2nd Test versus New Zealand, former Indian all-rounder has named senior batter who should be dropped to make way for Kohli.

Virat Kohli was rested for the three T20Is between India and New Zealand and also remained out of action for the two-match Test series opener, at Kanpur. Nonetheless, the 33-year-old is gearing up to return to action on the 22-yard cricket strip for the second and final Test versus the Black Caps, to be held at the Wankhede Stadium, Mumbai on December 3.

With Kohli set to return and walk into the playing XI, India will have selection issues as the Rahul Dravid-led team management will have to drop someone from the top or middle order. Given that Mayank Agarwal might be dropped, following his low returns in the Kanpur Test, it will also lead to changes in the opening pair. If they consider a batter to be dropped from No. 3 to 7, the onus will fall on Cheteshwar Pujara, Ajinkya Rahane, Shreyas Iyer and Ravindra Jadeja. While Pujara and Rahane are the senior pros, the duo have disappointed for long with the bat. On the other hand, Iyer and Jadeja's returns with the bat in the series opener cannot be easily overlooked.

Speaking on the YouTube channel Khelneeti, former Indian all-rounder Nikhil Chopra talked about Rahane's dreadful run in the whites and called for his omission, with Kohli replacing him in the series finale. The cricketer-turned-commentator Chopra opined that the Indian think tank should drop Rahane rather than Mayank. "Instead of dropping Mayank Agarwal, Ajinkya Rahane should make way for Virat Kohli. Rahane doesn't have a great average and it shows his struggles in recent years," Chopra said.

He also added, "Youngsters should be given a chance to play in India. It is important to give them confidence ahead of an overseas tour. If you are looking to drop Agarwal, then I'd rather pick Suryakumar Yadav for the Mumbai Test."

It will be interesting to see if who will make way for regular captain Kohli for the second and final Test in Mumbai. While Rahane's form has been poor for quite sometime, he remains Kohli's deputy in whites. Though he had an ordinary run in the series opener, Rahane led India reasonably well in the Kanpur Test, which ended in a draw with India needing one more wicket to win the contest.