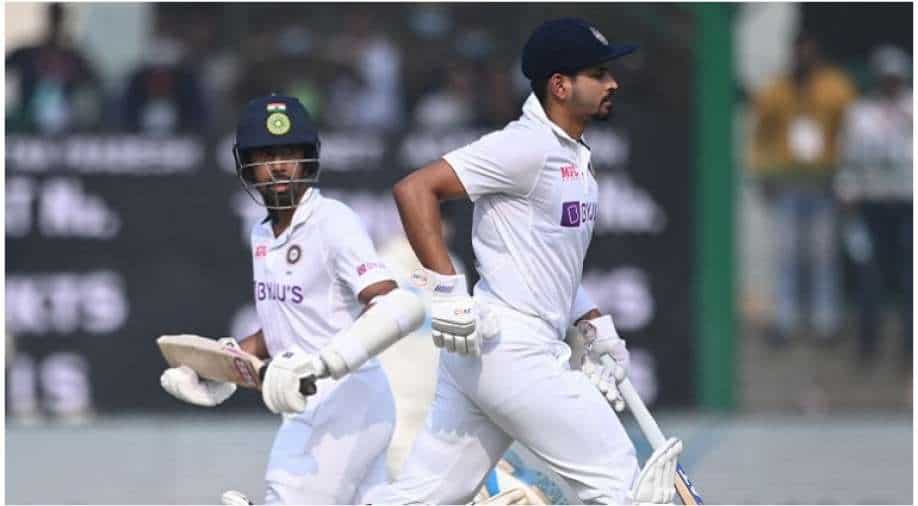 Former Indian opener Wasim Jaffer has suggested a new opening combination for Team India ahead of their second Test versus New Zealand in Mumbai.

India and New Zealand were involved in a thrilling first Test at Green Park Stadium, Kanpur. Electing to bat first, Ajinkya Rahane-led India posted 345 all-out whereas New Zealand were bundled out for 296 in their first essay. In their second innings, India declared at 234-7, giving the Kiwis a stiff 284-run target. Riding on Tom Latham's 52 and Rachin Ravindra's 18 not out, off 91 balls, the visitors ensured a draw in the last half hour of Day Five.

Ahead of the second and final Test, at the Wankhede Stadium, Mumbai, India have some selection issues to address. With regular captain Virat Kohli set to return for the series finale, on December 3, the Rahul Dravid-led think tank will have to drop a batter from the top or the middle-order. In this regard, former Indian opener Wasim Jaffer has suggested an 'out-of-the-box' name who can accompany Shubman Gill at the order, if Mayank Agarwal is dropped.

“It’s a toss-up between Mayank Agarwal and Ajinkya Rahane. I would think on those two. That’s the toss-up that Virat Kohli has to make. Whether he wants to go with Mayank Agarwal and give him another go or whether [he thinks] Ajinkya Rahane hasn’t got enough runs in the last 10-12 Test matches after that Melbourne Test so he goes out. It’s a tough call, definitely a tough call. It depends on whom the sword falls on,” said Wasim Jaffer in a chat with ESPNCricinfo.

“I think I will open with Saha if at all Mayank Agarwal goes out because then everybody bats out of their position. Pujara will open and then Ajinkya Rahane will bat at some other position… If Saha opens then everyone bats at the same position. And you can do that in Indian conditions with Saha. Is it a long-term call? Definitely not because India will go to South Africa. So, they’ll have to reconsider their top-six for Mumbai,” concluded the meme-specialist.

Given that spinners have been the go-to-bowlers, India is likely to retain R Ashwin, Ravindra Jadeja and Axar Patel. On the other hand, they are most likely to again go ahead with two pacers, hence, the axe will fall on one of the batters. Given that Mayank returned with scores of 13 and 17 in the series opener, the right-hander might lose his spot whereas Saha can be an interesting choice as a makeshift opener.