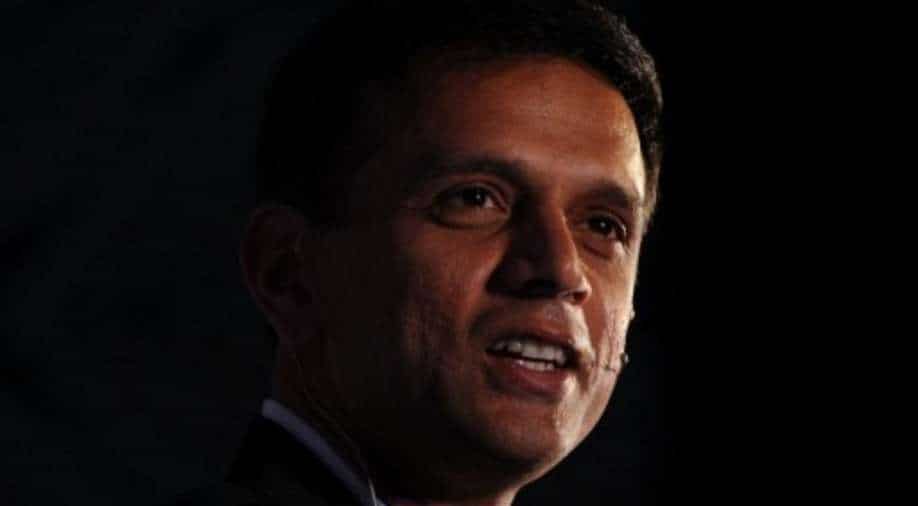 From former cricketers to fans on social media, former batting legend Rahul Dravid received greetings after his appointment as the head coach of the Indian men's cricket team. The Board of Control for Cricket in India (BCCI) confirmed on Wednesday (November 3) that the Cricket Advisory Committee comprising Sulakshana Naik and RP Singh unanimously decided Ravi Shastri's successor.

The former skipper and the right-handed batter, who was working as the head of the National Cricket Academy, has been appointed for a period of two years till the 2023 50-over World Cup in India and will take charge from the upcoming home series against New Zealand.

The 48-year-old, nicknamed "The Wall" said it was an "absolute honour". "I'm really looking forward to this role. Under Shastri, the team has done very well, and I hope to work with the team to take this forward," Dravid said.

"Having worked closely with most of the boys either at NCA, U19, and India A setup, I know they have the passion and desire to improve every day. There are some marquee multi-team events in the next two years, and I look forward to working with the players and the support staff to achieve our potential," Dravid added.

Dravid, who played 164 tests and 344 one-dayers between 1996 and 2012 and accumulated more than 10,000 runs in both formats, was previously in charge of India's Under-19 and A teams and is credited for a steady supply of young talent as head of the National Cricket Academy.

Netizens have congratulated Dravid on his new role. Check out some of the best reactions here:

Congratulations Rahul Dravid for becoming the coach of Indian Men’s Cricket Team. Indian players will be hugely benefitted with his vast experience. Wishing him the very best to take Indian cricket to greater heights.

Congratulations to Rahul Dravid on being appointed as the next India men's head coach 👏#CricketTwitter pic.twitter.com/jDMQFaDQyX

Congratulations to Rahul Dravid on being appointed as the next India men's head coach 👏#CricketTwitter pic.twitter.com/jDMQFaDQyX

Welcome #RahulDravid. The expectations are high but then they always were with you.

The wall returns to rebuild. 🙌🏻#Rahuldravid

Shastri, who took up the job in mid-2017, had ruled out seeking an extension after his tenure expires following the T20 World Cup, where India beat Afghanistan on Wednesday to keep alive their slim hopes of reaching the semi-finals.

Under Shastri, India became the first Asian team to win a test series in Australia (2018-19) and triumphed again Down Under in 2020-21.

They climbed to the top of the test rankings and reached the final of this year's inaugural World Test Championship, where they were beaten by New Zealand.

Here are some other reactions for Dravid: 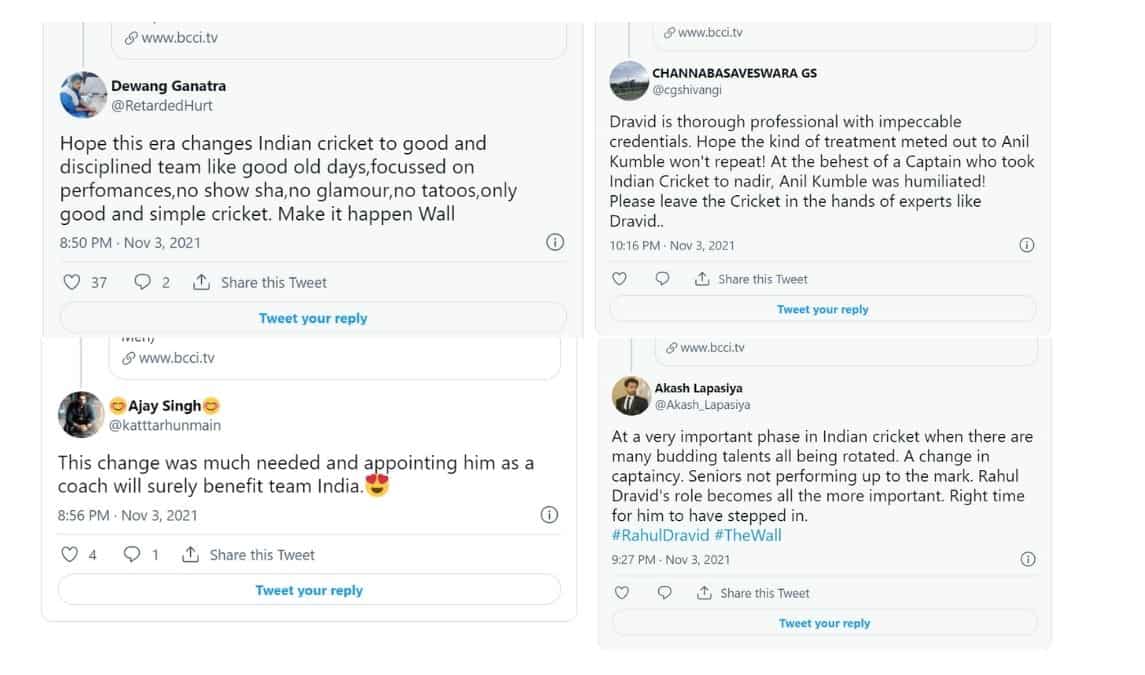