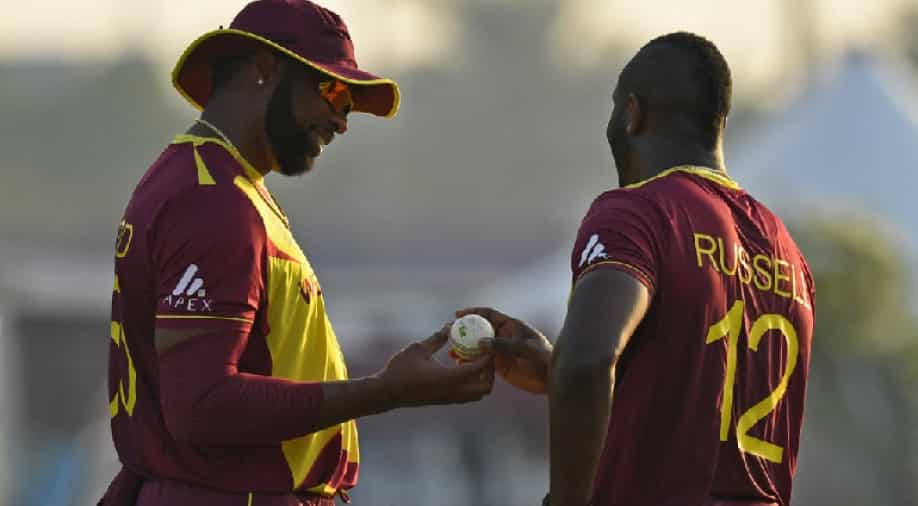 West Indies were no more being considered the dark horses but had the ultimate downfall in the ongoing T20 World Cup 2021 as they failed to qualify for the semi-finals.

West Indies were once the powerhouse in T20 cricket and have two back-to-back T20 World Cup titles to back the claim. A country blessed with some of the best all-rounders to have graced the shortest format of the game, the Caribbeans dominated T20 cricket for several years until their downfall in T20 World Cup 2021.

Not many years ago, they were called the dark horses heading into any big T20 tournament, but West Indies shun the tag under Daren Sammy's captaincy and became a force to reckon with in world cricket. The firepower in their batting line-up coupled with the presence of numerous all-rounders in the squad saw the men from Caribbean become the world-beaters in the shortest format.

The quality in their squad was no different this time around as well, as the two-time champions headed into this year's T20 World Cup as everyone's second favourites. They were no more being addressed as the underdogs and were clear contenders to successfully defend the coveted title and make it a hat-trick of triumphs.

However, they had an abysmal campaign finishing last in the Group 1 to miss out on a spot in the semi-final and expose the shortcomings which had been in the making for long. Despite having a fine blend of youth and experience, West Indies were left exposed at the big stage and could do little to hide the evident struggles in the side.

Kieron Pollard's men got off to a woeful start with a shattering defeat against England and could never really bounce back as they managed only one victory in their remaining four matches to finish fifth with just two points. Their abysmal campaign also marked an era in West Indies cricket as Dwayne Bravo retired from international cricket while Chris Gayle all but confirmed he might never turn up in T20Is again.

Here we try to break down what went wrong for West Indies at T20 World Cup 2021:

West Indies are blessed with some of the most explosive batters in world cricket. They have a batting line-up capable of destroying bowling attacks at will in any game. With the likes of Chris Gayle, Nicholas Pooran, Evin Lewis, Kieron Pollard and Shimron Hetmyer headlining the batting line-up, Windies were expected to bulldoze teams while taking their bowling attacks apart. But that wasn't the case in the UAE.

The openers failed to provide good starts consistently while the middle-order remained non-existent throughout the tournament as the batters failed to fire as a unit. Lewis and Hetmyer did produce a couple of sublime knocks but barring them, the rest of the batters filed to live up to the expectations.

Despite having a batting line-up with the likes of Dwayne Bravo and Jason Holder turning up at no. 8 and 9, West Indies failed to captalise and there failure with the bat was one of the biggest reasons behind their shambolic campaign which saw them win just one out of five matches in the tournament.

While both Jason Holder and Dwayne Bravo can do the job with the ball in the T20s and have a proven record when it comes to the shortest format, the lack of genuine fast bowlers haunted West Indies at the T20 World Cup 2021. Veteran Ravi Rampaul, who made his comeback in the squad for the showpiece event, managed only two wickets in four appearances for the side.

Left-arm pacer Obed McCoy was in the bowling line-up in the opener against England but was replaced by Jason Holder after getting injured. Oshane Thomas was left to warm the bench for the entire tournament while the likes of Sheldon Cottrell and Alzarri Joseph were not even picked in the squad.

3) Spinners failed to step up

While the lack of a genuine pacer cost West Indies dearly in the T20 World Cup 2021, the spinners in the squad failed to make the most of the chances coming their way and were far from impressive. Akeal Hossein and Hayde Walsh were the two spinners in the squad and both of them collectively managed to pick only five wickets throughout the tournament.

While Hossein picked up all the five wickets, Walsh remained wicket-less in the entire tournament as he managed to make only a solitary appearance for the team. The lack of support from the other end meant Hossein had the majority of the burden on his shoulders as a lone spinner and the pressure caught up to his performances.

Also Read: BCCI wants Kohli to focus on batting, likely to replace him with Rohit as ODI captain - Report

Very few teams can boast of quality all-rounders like West Indies did in the tournament. They had the likes of Pollard, Andre Russel, Dwayne Bravo and Jason Holder among others. Anyone of them can be a game-changer with the ball or the bat on their day but all of them disappointed in the World Cup.

While Russell would only score 25 runs and picked up three wickets, Bravo scored 26 runs and managed only two scalps. Captain Pollard scored 90 runs and bowled just 2.2 overs in the tournament while Holder averaged a shocking 85 with the ball and picked up only one wicket. With the bat, he didn't get enough chances and scored ony 24 runs.