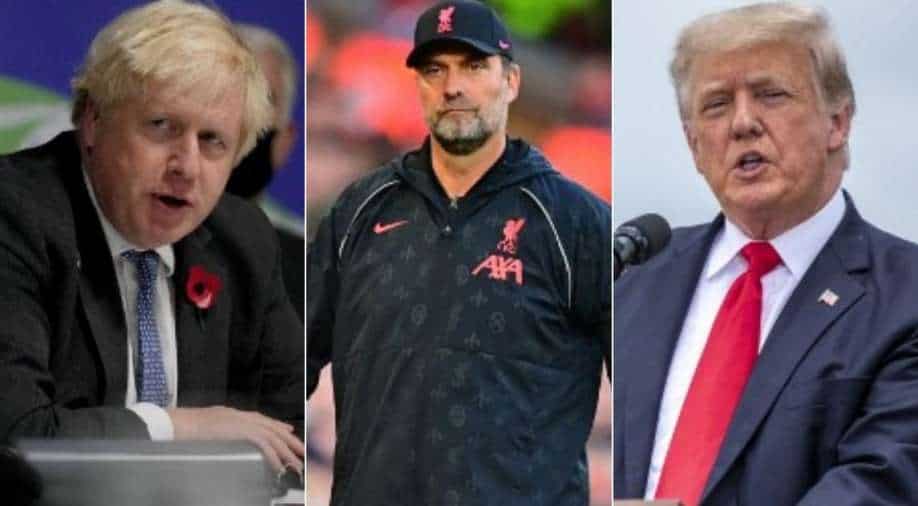 In a long rant, Liverpool manager Jurgen Klopp called out Boris Johnson and Donald Trump, saying that those elections had a "bad sign for the whole world"

Liverpool boss Jurgen Klopp is considered one of the best and sought after managers in the history of the English Premier League, some even say best in the world. He is known for his team management skills, but his comments on managing a country are also valuable.

Klopp said the system should be such where people should be elected in top positions to sort the problems. The voting should not be based on "most funny" or the "weirdest haircut". There should right people in the system.

Klopp has said that the elections of Donald Trump, the former US president, and Boris Johnson, the current UK prime minister, were a "bad sign" for the whole world.

During a podcast with British presenter Gabby Logan's Mid Point, Klopp weighed in on the value of leadership with a rant on the current political system. He also talked about the problems in Western society.

The German called out Trump, Johnson and Farage as he criticised the culture in many elections, he said, "Obviously people with common sense are not needed – or used, at least – in this time."

"They should be, but what is the problem, the people we vote for or the whole system which gives us the opportunity to vote for these kinds of people? I really have to say that the last two elections, the first with Donald Trump and then with Boris Johnson, that's really a bad sign for the whole world, that something like this can happen."

"Because everybody knew beforehand that it would not work, but we still let it happen as a society. I cannot believe that. But one is now gone, the other one struggles still. It's incredible. We have to find a system where we can bring people in the position to sort all our problems, or help us with sorting the problems, who are the best possible people."

"And not the most funny or the weirdest haircut or whatever, you have to have the right people in that. [We should] not [be] voting for them and accepting for this specific amount of time that they are there now, and you look at it and go ‘oh my god, that’s not funny anymore'."

IN PICS | May, Modi, Merkel, Macron: Past and present world leaders with impeccable fashion sense

Loved chatting to Jurgen Klopp on the Midpoint @LFC 🙌 pic.twitter.com/aBI2piayTW

On being asked about the slightest chance of Klopp's future as a politician, he said, "You need the right people – and for sure not someone like me who you like from television and has a slightly over-average intelligence."

"But there are people out there, definitely, you just have to give them a platform so they can show up without leading us in that direction or that direction," the manager added.

He added, "Why do we let people like Farage and Johnson lead any kind of group of people in any direction? And the day after [a problem] happens, they disappear – and one of them comes back! How can we forget? It’s like 'where has he been?', that’s absolutely insane. Then we sit here and think 'it's not that bad'…"