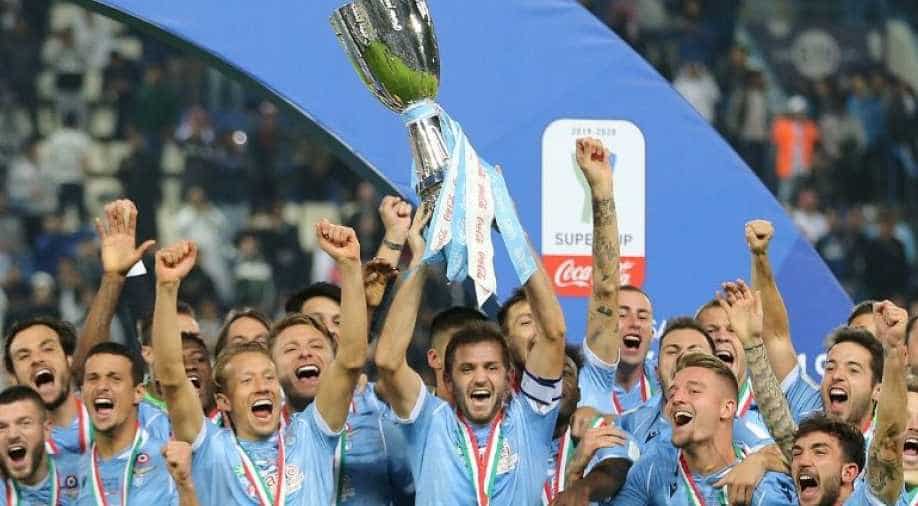 Lazio and his teammates Photograph:( Reuters )

"Lazio announces the definitive purchase of the player Vedat Muriqi from Fenerbahce," the Roman club said in a brief statement.

Serie A side Lazio on Tuesday confirmed the signing of Kosovo international striker Vedat Muriqi from Turkish club Fenerbahce.

"Lazio announces the definitive purchase of the player Vedat Muriqi from Fenerbahce," the Roman club said in a brief statement.

Simone Inzaghi's side is reported to have spent 20 million euros ($23 million) for the services of the 26-year-old forward on a five-year deal.

The Italian top-flight kicks off this weekend but Lazio's opener against Atalanta has been pushed back until September 30 because of the Bergamo club's Champions League 'Final Eight' campaign last month.

The Italian club came fourth in last season and will begin with their Serie A campaign against Cagliari on September 26.

Talking about transfers, Dutch daily De Telegraaf on Tuesday reported that Lyon striker Memphis Depay has completed his transfer to Barcelona which is worth 25 million euros ($29.6 million).

Depay has been regularly a part of the playing XI when Ronald Koeman (current Barcelona coach) was in charge of the national team, and if the deal is successful the Dutch striker will join Frenkie de Jong.