KL Rahul takes screenshots of IPL 2016 final when it is broadcasted and says it still hurts: Virat Kohli 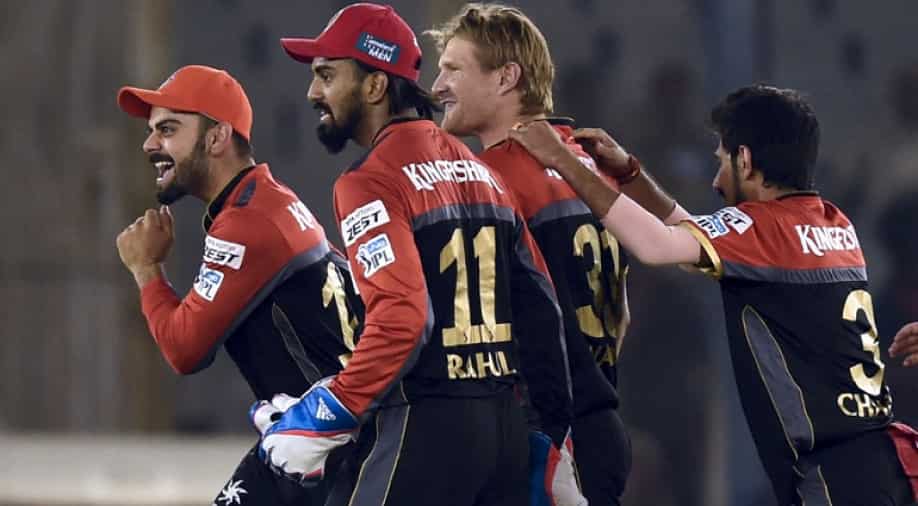 Virat Kohli revealed KL Rahul still sends him screenshots of the final between RCB and SRH in IPL 2016 and says it still hurts to have lost the game.

Virat Kohli's captaincy stint with the Royal Challengers Bangalore (RCB) in the Indian Premier League (IPL) came to an after the conclusion of IPL 2021 last year. Kohli had taken over as the full-time skipper of RCB in 2013 and led the side in a total of nine seasons but failed to inspire the team to its maiden IPL title triumph.

RCB came close to ending their IPL title drought under Kohli's captaincy in IPL 2016 when they made it to the final of the competition. The Kohli-led side was up against David Warner-led Sunrisers Hyderabad in the summit clash and stood just one step away from the elusive trophy.

However, RCB lost the final by 8 runs and missed out on their maiden trophy. Batting first, SRH posted a strong total of 208 runs on the board and took control of the final. However, RCB got off to a stunning start as Kohli and Chris Gayle posted a 114-run stand for the first wicket with half-centuries apiece.

However, the rest of the batters disappointed as SRH managed to restrict RCB on 200 runs to clinch their maiden IPL title. Kohli revealed, KL Rahul, who was also part of the RCB squad back then, still sends him a screenshot of the final when it comes on TV and says the loss still hurts.

“The final, I feel like it was written, how could the finals be in Bangalore, after we play that kind of a season, and we are playing that kind of a game at 100-0 after 9 overs. To this date, KL takes screenshots of that game when it is broadcasted and says it still hurts," Kohli said speaking about the IPL 2016 final loss on the RCB podcast.

“And it does hurt to an extent. You have to think about that game every now and then. We were not good enough on that day. That is one game where I feel like, it hurts. From all the IPL seasons I’ve been a part of, we had it right in front of us,” he added.

Also Read: 'Everyone else was getting a decent car': When Virat Kohli was left disappointed by RCB's treatment

Not winning an IPL title as captain disappoints me: Virat Kohli

Kohli has been with RCB since the inception of IPL in 2008 as he remains the only active player in the league to have played for only one franchise so far in his IPL career. However, the former captain is yet to win his maiden title with the franchise.

After losing the final in 2016, RCB came close to ending their IPL title drought in the last two years as they qualified for playoffs in back-to-back seasons. However, they failed to reach the final on both occasions and had to settle with a finish in the top four. Kohli said it has been disappointing to not win an IPL title as a captain.

“Not winning a title as captain disappoints me, I would say we had opportunities, where we came close. We have to accept the fact that the reason we have not won is because we have not been as courageous, or as clear in our plans as we should have been in those moments. You could say that the odds were stacked against us in terms of expectations, but you have to deal with those expectations,” Kohli said.