'Just seeing the way he has evolved': Ravi Shastri hails Virat Kohli as the captain 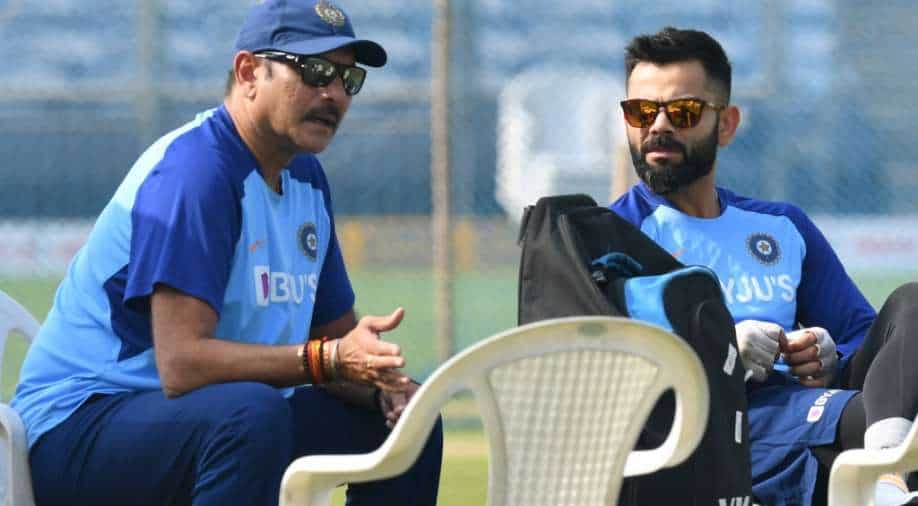 Shastri went to talk about the busy 2021 and suggested a two-week-long break for their players post the upcoming IPL season.

Virat Kohli took over the reins as India's full-time Test captain in 2015, since then he had led the team 33 wins. These wins make him the most successful Test captain for India.

Team India's head coach Ravi Shastri, who has been managing the team since 2014, hailed Virat Kohli's evolution as the captain of the team.

“Just seeing the way he has evolved, you knew that there was an uncut diamond there when I took over in 2014, but just to see him evolve… It takes time, everything doesn’t happen in a hurry,” Shastri said on Star Sports show Cricket Live.

“You got to have the ups, the downs, you know, you got to feel the heat, you got to have your successes and failures, to be able to get up and move on in life. I think he has handled that beautifully and I’m sure he will handle fatherhood as well in that similar manner.”

Shastri went to talk about the busy 2021 and suggested a two-week-long break for their players post the upcoming IPL season.

"You know, this team takes, like I said, pride in performance. They take it one step at a time. Every game is important, every format is important, and you look at it in that way and we’ve got the volume of players. You know, at the moment, the bench strength is there to... for you to accommodate them, across formats," Shastri added.

"So, I think the hunger will be there, you’ll have to perform game after game, but I do believe, you need a break as well, from the international arena. So, I think, hopefully, after this series. Yes, they go into the IPL, but that’s a shorter format, but then again, after the IPL, I think, a couple of weeks off is a must. With these quarantines, these bubbles, it is mentally very, very draining. You're a human at the end of it all."