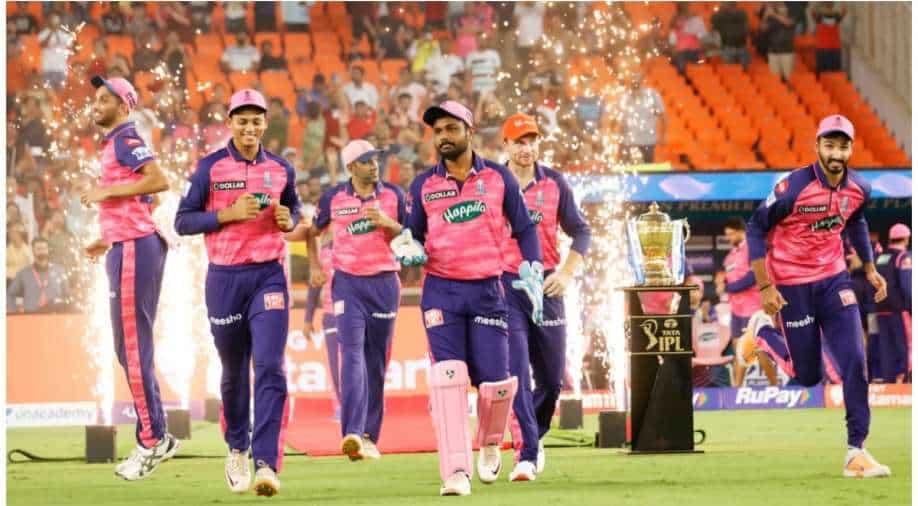 IPL 2022: RR vs RCB: After losing the Qualifier 1 by seven wickets, Sanju Samson-led Rajasthan produced an all-round effort to beat the three-time runners-up to beautifully set up a final clash versus Gujarat Titans (GT).

On Friday evening (May 27), Faf & Co. were asked to bat first as Sanju Samson finally managed to win the coin toss at the iconic Narendra Modi Cricket Stadium, Ahmedabad. Being asked to bat first, RCB lost opener Virat Kohli for cheap, being dismissed by Prasidh Krishna for the second successive occasion, as Faf failed to lift the run-rate despite Rajat Patidar, the Eliminator's Player-of-the-Match, going great guns from his end.

While Obed McCoy dismissed Faf, Patidar held his end before his dismissal, 42-ball 58, changed the complexion of the game. From thereon, RCB never got going as they managed only 34 runs for the loss of five wickets in the final five overs. Even Dinesh Karthik, RCB's in-form finisher, failed to get going as McCoy and Prasidh returned with three scalps each.

In reply, RR openers Yashasvi Jaiswal and Jos Buttler took on Md Siraj from the word go. The first-wicket stand took Rajasthan to a solid start before Jaiswal fell with the team's score at 61. Sanju joined Buttler who accelerated with ease and smacked some eye-catching boundaries -- going after Siraj, Shahbad Ahmed and Wanindu Hasaranga -- as RCB bowlers couldn't hold onto a tight line and length. Despite Samson's dismissal slowing things down to an extent, Buttler held his end and brought up his fifth IPL ton, fourth of the season, to propel RR into the final. The Englishman has returned to form in the playoffs and will hope for another memorable knock in the summit clash to help his side beat favourites and hosts Gujarat.