'It's a surprise': Hardik Pandya on whether he will bowl or not for Ahmedabad franchise in IPL 2022 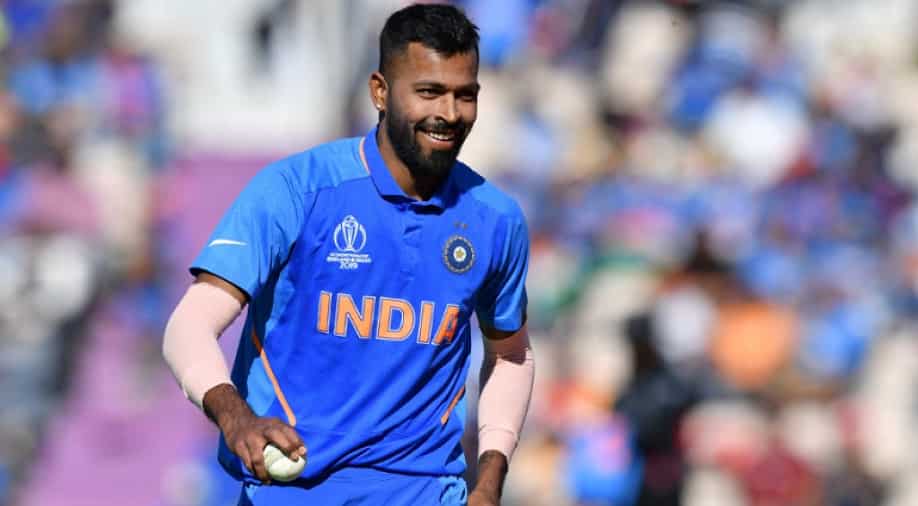 Hardik Pandya revealed whether he will bowl in IPL 2022 or not. Photograph:( AFP )

Star all-rounder Hardik Pandya opened up on the prospects of bowling in the upcoming edition of the Indian Premier League (IPL).

Star Indian all-rounder Hardik Pandya is all set to embark on a new journey in the Indian Premier League (IPL) as he gears up to lead the Ahmedabad franchise in the upcoming 2022 edition of the tournament. Hardik was released by Mumbai Indians last year before being picked by the Ahmedabad franchise as one of their three picks from the player draft.

Hardik will be turning up for a new team for the first time in his IPL career since making his debut in the T20 league in 2015. The all-rounder has not enjoyed the best of form over the past couple of years owing to his fitness issues. Pandya has faced a lot of struggles ever since undergoing a back surgery in 2019 and has refrained from bowling.

While Hardik is yet to make himself available for selection in the Indian team, he is all set to lead Ahmedabad in IPL 2022. When asked if he will be bowling for his new team in the upcoming season, the star all-rounder remained coy. "It's a surprise for everyone," he told Cricbuzz.

Hardik has asked the selectors not to pick him as he has been working on returning to bowling regularly. The all-rounder said he has always liked to contribute with the bat and the ball and will not settle for playing purely as a batter going forward. With a T20 World Cup lined up later this year, Pandya's bowling will be crucial for his chances in the Indian team.

"It's been challenging. I've always been someone who contributes with the bat, ball and on the field. When I decided I will just bat, I wanted to spend some time on the ground. We all love challenges and I love to fight it out. Criticism is good and it doesn't really bother me. For me, results do matter but I work hard for the process," said Pandya.

"I've always realised that as an allrounder I give a lot of different options to the team. I'll try to work on being an allrounder and if something doesn't work out then my batting is always there. But Hardik Pandya combined with both bat and ball, it sounds better than just a batter," he added.

Also Read: Complete list of 590 players to go under the hammer at the IPL 2022 mega auction

Pandya also spoke about learning from the likes of MS Dhoni, Virat Kohli and Rohit Sharma having learned by playing under them in the Indian team and the Indian Premier League. Hardik wants to implement different qualities from the trio in his own captaincy style when he leads Ahmedabad in IPL 2022.

"From Virat, I would pick his aggression, passion and energy, which is tremendous. With Mahi bhai, I would pick the composed nature. From Rohit, I'll let the players decide what they want to do. These three qualities I'll take from them and bring here," Pandya told Cricbuzz.