'It was a big misunderstanding': Chelsea coach Maurizio Sarri on Kepa row 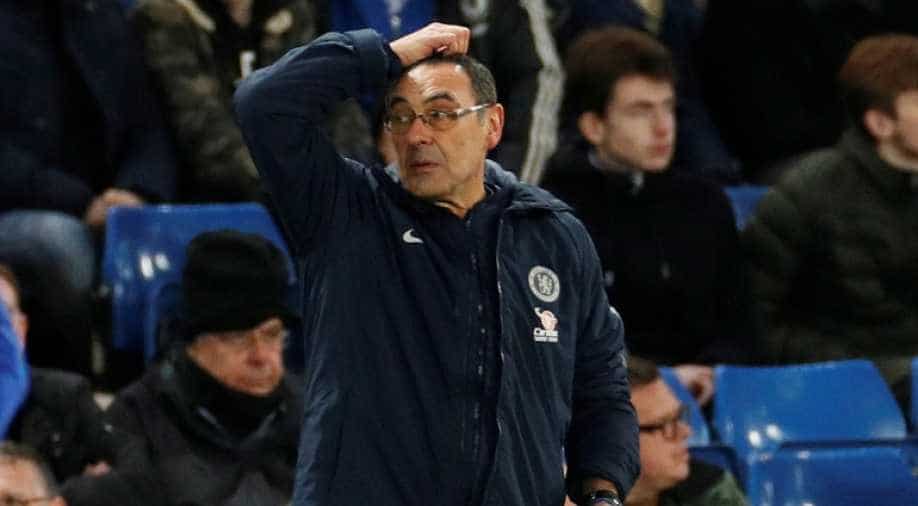 'I realised the situation only after three, four minutes when the doctor arrived back to the bench,' said Maurizio Sarri.

When Sarri saw goal Kepa Arrizabalaga struggling with cramp, he summoned Willy Caballero from the bench but Kepa ignored Sarri's decision and refused to leave the field.

Kepa, the world's most expensive goalkeeper, said that he is "upset and sad" for not being able to take the title.

However, Sarri later explained that it was a "big misunderstanding". He said, "I understood that he had a cramp. And so, I didn't want the goalkeeper to go into penalties in that physical condition."

"I realised the situation only after three, four minutes when the doctor arrived back to the bench. And in the meantime, I wanted (Willy) Caballero on the pitch."

"The goalkeeper (Kepa Arrizabalaga) wanted only to let me know that he was in (good) condition to go to the penalties."

"So, it was only a big misunderstanding. Kepa (Arrizabalaga) was right, but in the wrong way I think," he added.

On being asked whether Kepa will be punished, "No, no. I want to talk with him. Because he needs to understand that for the misunderstanding we can get in trouble."

"I think that I have only to explain exactly the situation to Kepa, without any other problem," he added.

Kepa, received treatment for an injury in the closing stages but also has a worse record of saving penalties than former City stopper Willy Caballero, who Sarri was trying to introduce.