Is that a bird? No it's Jos Buttler! England keeper takes a stunner on Day 1 of 2nd Ashes Test - Watch 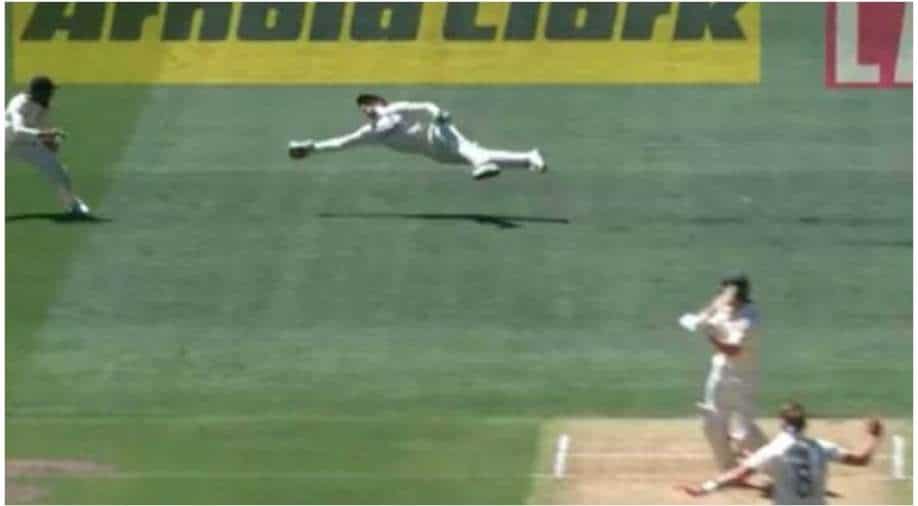 Jos Buttler took an absolute screamer in the first session of the second Test in Ashes 2021/22 edition. Here's the video of his catch:

Jos Buttler took an absolute screamer in the first session of the opening day of Ashes 2021/22 edition on Thursday (December 16). With Stuart Broad bowling the eighth over, after Australia elected to bat first, the experienced pacer dropped it short and towards the leg side of opener Marcus Harris. Harris got an edge and the ball flew towards the keeper as Buttler timed his dive towards the right and covered some distance to hold onto the catch.

At one point, it looked like the ball would cross Buttler and reach the fence. However, the 31-year-old stunned one and all and produced a brilliant effort to get rid of Harris for cheap. Here's the video of Buttler's wonderful catch which was shared by cricket.com.au's official Twitter handle.

The caption read, "INSANE! Buttler pulls in an all-timer behind the stumps!"

ALSO READ | EXPLAINED! Why is Pat Cummins is out of 2nd Ashes Test as Steve Smith leads Aussies in D/N contest

INSANE! Buttler pulls in an all-timer behind the stumps! #Ashes pic.twitter.com/v96UgK42ce

The second Test, of Ashes 2021/22, is oncourse with Australia off to a good start following Harris' early dismissal. David Warner (95) and Marcus Labuschagne's 100-run stand, for the second-wicket, have kept the Aussies ahead.

For the unversed, Australia are without their regular captain Pat Cummins in the second Test. Cummins has been ruled out after being identified as a close contact of a Covid case. Hence, Steve Smith is leading the side for the first time following the infamous sandpaper gate fiasco, which led to his sacking as Australia captain across formats.