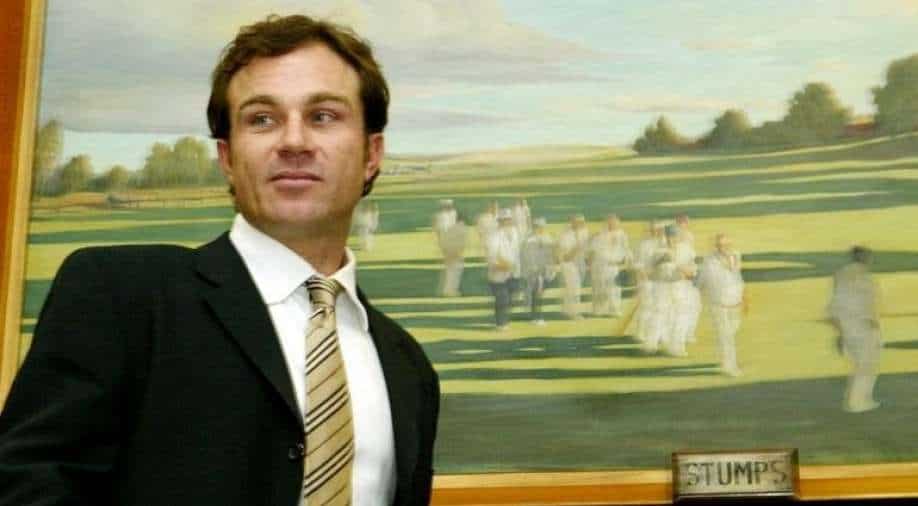 Slater was recently dropped from the Channel 7 commentary panel ahead of the 2021/22 season. The reason behind the non-renewal of Slater's contract was "budgetary constraints".

Former Australian cricketer-turned-commentator Michael Slater has been arrested after he allegedly sent several text messages and made phone calls to the person he was charged with stalking and harassing in October this year.

The 51-year-old, who played 74 Tests and scored 5,000-plus runs, was arrested by the New South Wales (NSW) Police for allegedly breaching an apprehended violence order (AVO) on Wednesday morning after he "allegedly sent at least 66 text messages and made 18 phone calls to the complainant".

A report in abc.net.au said on Wednesday that, "Slater appeared at Manly Local Court via video link and crossed his arms on the screen as details of the alleged breach were revealed. The court was told that, during a two-and-a-half-hour window on Tuesday evening, Mr. Slater allegedly sent at least 66 text messages and made 18 phone calls to the complainant."

As per the report, the prosecutor termed the nature of the messages as "harassing and highly offensive".

In October this year, Slater had appeared in court after he was "charged with stalking/intimidating" his partner of three years in an alleged incident. It was then reported that he was arrested "at his home in Manly, north of Sydney and taken to Manly police station".

Officers attached to the Eastern Suburbs Police Area Command, NSW had then been quoted as saying by stuff.co.nz that Slater was "arrested and taken to Manly police station, where he was charged with use (of a) carriage service to menace/harass/offend and stalk/intimidate intend fear physical harm."

On Wednesday, Slater's lawyer, James McLoughlin, was quoted as saying that his client suffered from an alcohol disorder and had been receiving treatment in hospital since he was originally granted bail.

"But he had relapsed and slipped up once," McLoughlin was quoted as saying.

McLoughlin said that at the time Slater sent the messaged and made phone calls, "the disorder was heavily at play".

The lawyer pleaded that Slater be released on bail "with conditions including that he travel directly to his sister`s house until a Northern Beaches Hospital bed was available".

Slater was recently dropped from the Channel 7 commentary panel ahead of the 2021/22 season. The reason behind the non-renewal of Slater's contract was "budgetary constraints".

There were reports that Slater's infamous tweets against Australian Prime Minister Scott Morrison in May this year made a partial contribution to his exit from Channel 7.

In a series of fierce tweets, Slater controversially accused Morrison of having 'blood on his hands' for preventing 40 Australian citizens participating in first half of IPL 2021 to return from India, where the second wave of COVID-19 infections put a halt to the tournament.

"If our Government cared for the safety of Aussies they would allow us to get home. It's a disgrace! Blood on your hands PM. How dare you treat us like this. How about you sort out the quarantine system. I had government permission to work on the IPL but I now have government neglect," Slater had tweeted.

His second tweet read, "Amazing to smoke out the PM on a matter that is a human crisis. The panic, the fear of every Australian in India is real!! How about you take your private jet and come and witness dead bodies on the street!"