EXPLAINED! Why is Pat Cummins is out of 2nd Ashes Test as Steve Smith leads Aussies in D/N contest 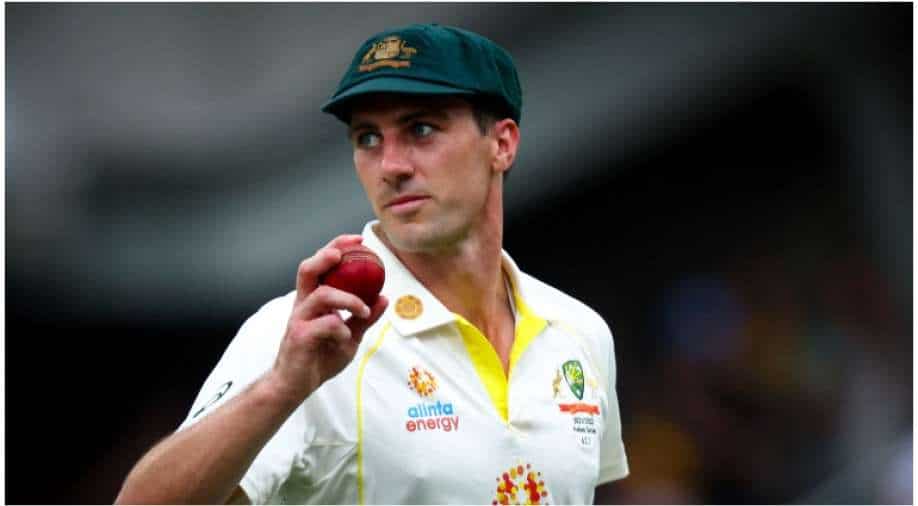 Here's why Cummins is out of action from 2nd Ashes Test vs England Photograph:( AFP )

Aussie skipper Pat Cummins is out of action as hosts have taken on England in the second Test of Ashes 2021/22 edition. Steve Smith is in-charge of the side. Here's why Cummins has missed out:

Australia and England have locked horns with each other in the second Test of Ashes 2021/22 edition, at the Adelaide Oval, Adelaide on Thursday (December 16). After Australia thrashed England by 9 wickets in the series opener at The Gabba, Brisbane, the hosts are hot favourites to win the second Test, which is a day-night contest at the picturesque Adelaide Oval, Adelaide, but were dealt with a major blow with skipper Pat Cummins being ruled out.

Cummins isn't injured but had to miss out after being identified as a close contact of a Covid case. Cricket Australia (CA) confirmed the reports and said in a statement, "(He) did not breach any biosecurity protocols. He isolated as soon as he became aware of the situation and has since had a PCR test, which produced a negative result. SA Health has confirmed that Cummins is a close contact and will be required to isolate for seven days."

For the unversed, CA claimed that pacer Mitchell Starc and spinner Nathan Lyon were dining at the same restaurant as Cummins, however, were at a separate table outdoors. Hence, they have been deemed casual contacts and are part of the 2nd Test.

Thus, Steve Smith has replaced Cummins as the Aussie skipper for the day-night contest. Smith is leading the national side for the first time ever since he was removed from the top post after the infamous sandpaper gate fiasco in early 2018.

Cummins tweeted saying, "Gutted to miss this Test but really excited to see Neser finally get his chance in the baggy green. He has done the hard yards and is a seriously skilful player. Super frustrating but COVID has thrown us all some curve balls over the last couple of years. Will be cheering along!"

Gutted to miss this Test but really excited to see Neser finally get his chance in the baggy green. He has done the hard yards and is a seriously skilful player. Super frustrating but COVID has thrown us all some curve balls over the last couple of years. Will be cheering along!

Meanwhile, Smith said at the coin toss, "We are going to have a bat. I think you can control the game if you bat first. Huge honour (to lead Australia again). Feel for Patty for missing this game. Hopefully we can have a good week. He just wished me good luck and said it's your team go well. Excited for Jhye and Michael Neser."

Cummins had led from the front in his maiden outing as the full-time Test captain in the series opener, with a seven-wicket haul in the contest. He will be gutted to miss out but hope for the Aussies to make it 2-0 before he returns to action in the upcoming Tests.