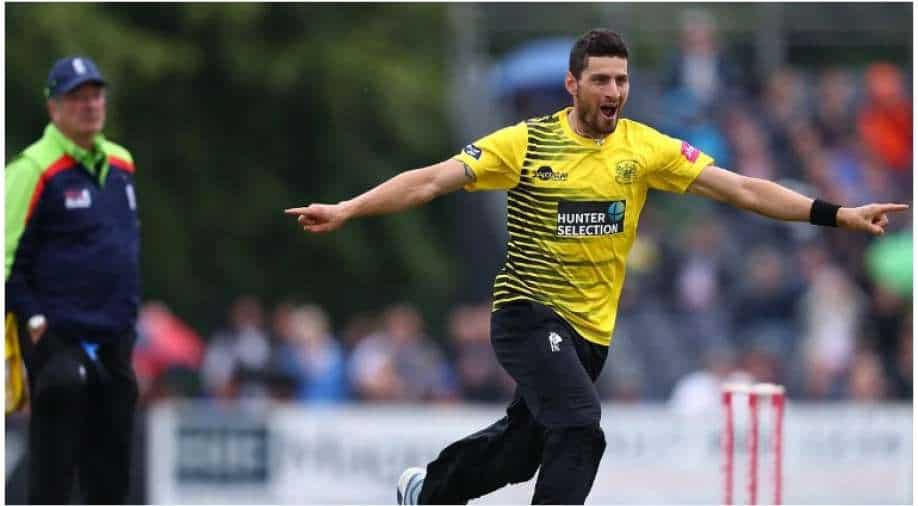 After the end of the IPL 2022 mega auction, Punjab Kings (PBKS) signed Benny Howell, who became the first French-born cricketer to be a part of the cash-rich league. Here's all you need to know about him:

The IPL 2022 mega auction was an enthralling two-day affair, which was held in Bengaluru on February 12 and 13. As many as 590 players went under the hammer in the mega auction, which was held after four years. At the end of the two-day auction, all the ten IPL franchises have added quite a lot of big names to their respective squads before the IPL 2022 edition, which gets underway in late March.

Talking about the Punjab Kings (PBKS), they retained only opener Mayank Agarwal and pacer Arshdeep Singh before heading into the mega auction, with INR 720 million in their purse. As a result of having the highest purse before the auction, the PBKS think-tank went all-out and roped in some big players and relatively experienced as well as uncapped cricketers to the squad.

Here's all you need to know about Howell

Howell entered the auction pool at a base price of INR 4 million (INR 40 lakhs). The French-born player is a right-handed batsman who bowls right-arm medium-fast. The 33-year-old is an experienced T20 cricketer. He has domestically represented the Hampshire County Cricket Club as well as the Gloucestershire team. In addition, he has been a part of the Bangladesh Premier League (BPL), playing for the Rangpur Riders for three seasons.

In the BPL, he has played alongside several big T20 players such as AB De Villiers, Ravi Bopara, Chris Gayle, Alex Hales, and Rilee Rossouw.