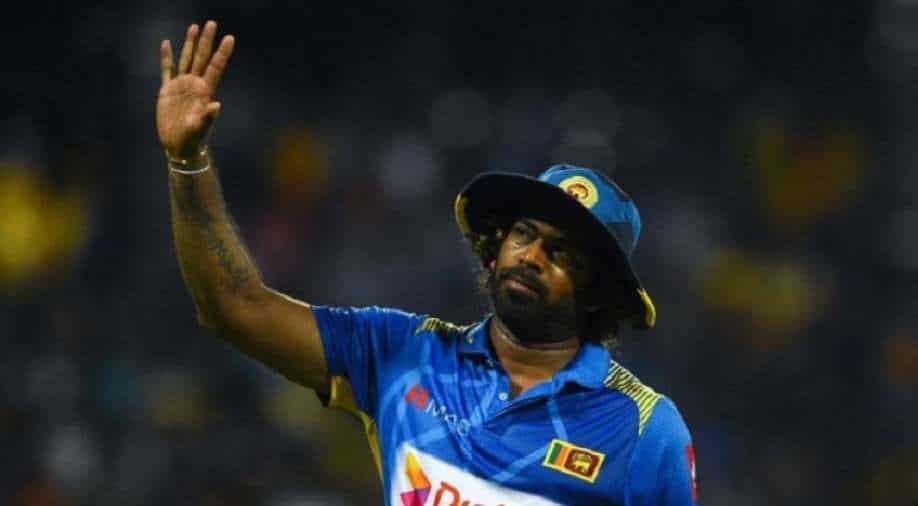 In the IPL, he only represented one team - Mumbai Indians - for whom he grabbed 170 scalps in 122 matches. Photograph:( AFP )

Rajasthan Royals have announced two additions to their coaching staff ahead of the much anticipated IPL 2022 season.

The franchise has welcomed Sri Lankan legend Lasith Malinga as their new fast bowling coach and has also onboarded Paddy Upton in a new role of Team Catalyst.

The 38-year-old T20 World Cup-winning captain Malinga, who led his country to the 2014 ICC T20 World Cup trophy, will be working during the upcoming season with the talented group of pacers present within the Royals' set-up.

Renowned as one of the best limited-overs bowlers ever, Malinga will oversee the preparation of bowling strategies in the build-up and during the season, while also accelerating the development of the young bowlers by imparting his knowledge and expertise of T20 cricket.

During a career that spanned over 17 years, the right-arm fast bowler represented Sri Lanka in 340 matches across the three formats and picked up 546 wickets.

In the Indian Premier League, he only represented one team - Mumbai Indians - for whom he grabbed 170 scalps in 122 matches.

Most recently in February 2022, he served as Sri Lanka's Bowling Strategy Coach for their T20I series against Australia.

Speaking on his appointment, Malinga said, "It's a wonderful feeling for me to return to the IPL and an absolute honour to join Rajasthan Royals, a franchise that has always promoted and developed young talent. I am excited by the pace bowling unit we have going into the tournament and looking forward to supporting all the fast bowlers with the execution of their game plans and their overall development. I've made some very special memories in the IPL with Mumbai Indians and now with Royals, looking forward to new experiences and creating great memories in this journey."

ALSO READ: INDvsSL: When and where to watch India vs Sri Lanka 2nd Test match - IST time and streaming details

On the other hand, the appointment of Paddy Upton marks a return to the Royals for the South African, who has previously worked as the Head Coach of the franchise from 2013-15 and then in 2019, having led the team to top-four finishes in 2013 and 2015, along with a place in the Champions League in 2013.

Being the Team Catalyst, Upton will play a crucial role in establishing team integration by bringing them together as a cohesive and mutually supporting unit and looking after their mental well-being with the use of various mental conditioning processes and activities that aid in maintaining a healthy culture and environment, especially within the restrictions of being in a bio-bubble.

Upton will himself be a part of the bubble for the initial four weeks of the tournament while supporting virtually post the completion of this period.

The South African has previously also worked as the Mental Conditioning Coach for India Men's Team during the successful 2011 ICC World Cup, and as the Performance Director of South Africa Cricket from 2011-2014, guiding South Africa to become the first cricket team to hold the World No.1 ranking in all three formats of the game in 2012.

Meanwhile, like last season, Kumar Sangakkara will be assuming the role of Head Coach during the upcoming season, while being the Director of Cricket at the Royals outside of the season.

He welcomed the two new additions, "Lasith is arguably one of the greatest T20 fast bowlers of all time, and to have a personality like his around the training ground, and the expertise he brings to the table is certainly something we feel the team can benefit from. We have some of the best fast bowlers in our squad and we are delighted that they will have the chance to work with Lasith and get to learn and develop further."

"It's the same with Paddy, who has been a great servant for the Royals and has done an exceptional job in building that cohesion between players and also conditioning them mentally. We believe he will act as a great addition to our coaching staff. I am also excited to keep working with this new team in my dual role as Head Coach during the season and Director of Cricket round the year, and hope that all our efforts can contribute towards achieving our objective of winning the IPL," Kumar added.