IPL 2021: 'The decision to postpone IPL was made in agreement with all the franchises ': Mike Hesson 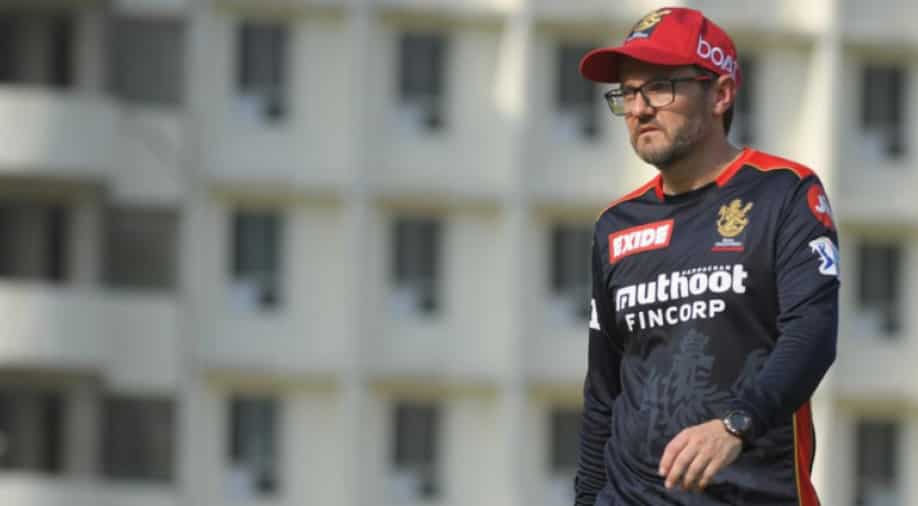 Royal Challengers Bangalore's Director of Cricket Operations Mike Hesson has affirmed that the choice to delay IPL 2021 was settled on in concurrence with every one of the franchises.

Virat Kohli-drove RCB were quite possibly the most steady sides in IPL 2021 until the league that was deferred. They were at the third position in the points table with five successes and two losses from seven matches. RCB's two losses came against Chennai Super Kings and Punjab Kings.

Royal Challengers Bangalore's Director of Cricket Operations Mike Hesson has affirmed that the choice to delay IPL 2021 was settled on in concurrence with every one of the franchises.

IPL 2021 was suspended indefinitely on May 4 after various COVID-19 positive cases began arising out of the bio-bubble.
RCB shared a video of the franchise’s interaction. In it, Mike Hesson clarified:

RCB Chairman Anand Kripalu said that BCCI was taking a gander at a September window to continue the competition, yet added that everything is provisional right now.

Anand Kripalu remarked: “We got a call from the BCCI to say that they are going to be suspending the IPL given the fact that four teams have been affected (by COVID cases) and there is too much of risk. They are not certain when this will resume, but it is not a canceled tournament and it is going to resume. They have indicated September, saying they are trying to find a window, but we don’t know exactly yet.”