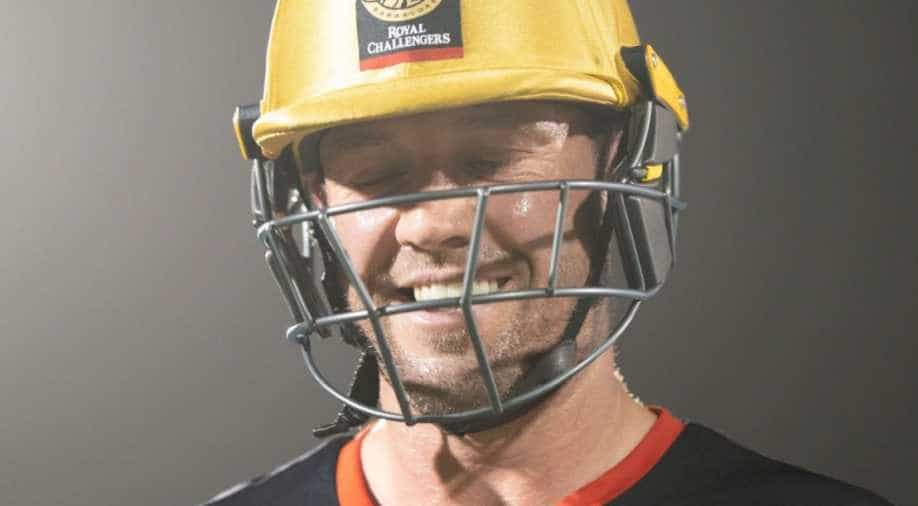 While of the matches in IPL 2020 will be played in evening, RCB's AB de Villiers is of the view that the conditions in UAE reminds him of Chennai where Virender Sehwag scored a triple ton.

Royal Challengers Bangalore star AB de Villiers reckons that the biggest challenge for all the players in the impending Indian Premier League (IPL) 2020 will be to adjust to the hot and humid conditions in the United Arab Emirates (UAE). While of the matches will be played in evening, de Villiers is of the view that the conditions in UAE reminds him of Chennai where Virender Sehwag scored a triple ton.

The former South African skipper said that even at 10 pm, the conditions in UAE is extremely hot and humid, which might play a role in the final half of IPL 2020 matches.

“I am not really used to these kind of conditions to be honest. It’ very hot, it reminds me of a Test match we played in July in Chennai once where Viru (Virender Sehwag) scored 300. It was one the hottest weather conditions I have experience in my life,” he said in an interview posted on RCB’s twitter handle.

IN PICS | IPL 2020: Updated squad list of all franchises; retained and bought players

“The humidity is similar to that, even at 10 at night. When I arrived here I checked the weather conditions of a few months and it seems to be getting better. It is definitely going to play a part and you have to make sure you have the energy for the backend of the innings or last 5 overs of your bowling spell.” De Villiers said while adding that he would also miss playing in front of packed crowds in India.

“I think obviously all are used to playing in front of crowds in big stage, there is certainly an amount of adrenaline that pumped into you when it gets really loud, especially in Chinnaswamy when the RCB crowd gets going, its difficult to stop the RCB team. So, well miss that there is no doubt about it.

“But I won’t say I am not used to it, I have played a lot of cricket in empty stadiums. I grew up like that. It’s only in my international career that I have played in front of crowd,” he said.

Indian Premier League (IPL) 2020 is set to commence from September 19 and RCB fans would be hoping that the Kohli-led side will be able to break the trophy jinx this time around.