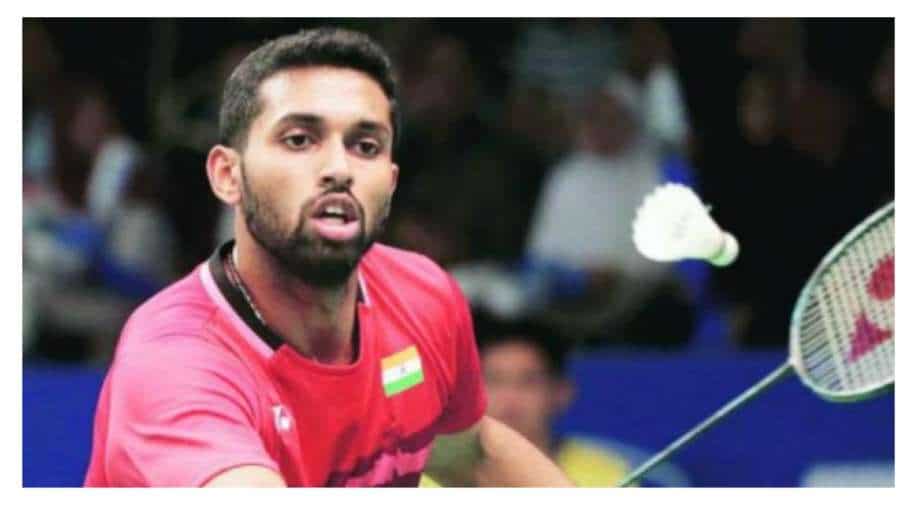 It was Prannoy's fourth win over the 27-year-old, who is currently ranked 12th in the world. A former top 10 player, Prannoy will next face either Denmark's Rasmus Gemke or France's Brice Leverdez.

One of the heroes of India's epic Thomas Cup triumph, HS Prannoy continued his rich vein of form as he stormed into the quarterfinals of the Indonesia Open Super 1000 tournament with a straight-game win over Hong Kong's Ng Ka Long Angus here on Thursday. The 29-year-old from Kerala, who is desperately looking to break his five-year title drought, dished out another impressive performance to outwit Ng Long 21-11 21-18 in a second round match that lasted 41 minutes.

It was Prannoy's fourth win over the 27-year-old, who is currently ranked 12th in the world. A former top 10 player, Prannoy will next face either Denmark's Rasmus Gemke or France's Brice Leverdez.
Among other Indians in the fray, Sameer Verma ended his campaign with a 10-21 13-21 loss to world number five Lee Zii Jia of Malaysia in the second round.

This was Sameer's fifth loss to Lee in seven meetings. Ashwini Ponnappa and N Sikki Reddy also bowed out of the tournament after losing 16-21 13-21 to top seeds Chen Qing Chen and Jia Yi Fan of China in women's doubles competition.

The men's doubles pairing of MR Arjun and Dhruv Kapila also went down 19-21 15-21 to China's Liu Yu Chen and Ou Xuan Yi. In the men's singles contest, it was all Prannoy in the first half of the opening game as he simply dominated the proceedings, grabbing the initiative early to lead 11-3 with a sensational cross court jump smash.

Prannoy was, however, erratic after the interval and his unforced errors allowed Ng Long to collect a few points before the Indian unleashed another cross court smash and made some sound judgements at the baseline to keep moving ahead. Prannoy's movement was smooth as he mixed up the shots and varied the speed well and with his opponent committing errors, he had no issues in closing out the match comfortably.
He moved to nine game point opportunities with a precise smash and sealed it when his rival went to net.
Former Commonwealth Games bronze medallist RMV Gurusaidutt's presence at the coach's chair also helped Prannoy as he was seen chatting with the player during the mid-game interval. Gurusaidutt is on his first assignment with the Indian team after retiring from the game.

Ng Long gave a better display in the second game as his movements improved and he managed to stay on the rallies but Prannoy did well to keep his nose ahead at 9-7 with a return on his opponent's back hand corner.

He had a two-point cushion at the mid-game interval after the Hong Kong player went wide again.
The Indian extended his lead to 16-11. Ng Long produced occasional winners but he was too erratic, while Prannoy unleashed another jump smash to again wriggle out.

In the end, a precise return on the baseline gave Prannoy four match points. He squandered two before converting the third chance with a booming smash following a superb rally.