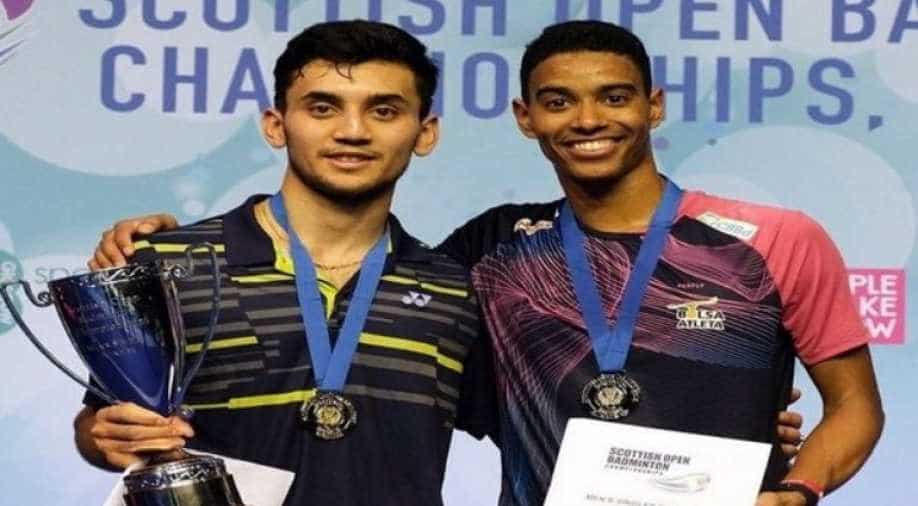 The 18-year-old has won the Scottish Challenge, Saarlorlux Open S100, the Dutch Open S100 and the Belgian International this year.

After losing in the second round of Irish Open, Sen started the Scottish Open with a straight-game win over Austria's Luka Wraber and then reached the quarterfinals by defeating compatriot Kiran George.

Sen then won another straight-game win over Brian Yang before winning the semi-finals against France’s Christo Popov.

Rising fast in the world rankings, the unstoppable @lakshya_sen is making the right noise for 🇮🇳. 👏#IndiaontheRise#badminton pic.twitter.com/ZOec8EGj9e

Sen expressed his happiness on winning the title and training against Coelho, calling it a "good match" in a tweet.

"Happy to win the Scottish Open title!! A hard-fought match against my friend @co3lho12. It was really nice training with you in Denmark and playing a good match against you today", he tweeted.

Happy to win the scotish open title!! A hard fought match against my friend @co3lho12. It was really nice training with you in Denmark and playing a good match against you today. pic.twitter.com/Gu57DMqW9e

Sen has now joined Anand Pawar, Arvind Bhatt and now coach Pullela Gopichand in the elite list of Indians who have won the Scottish Open title.