Indian batters have a scope for improvement in tackling spin: Gambhir on Kohli, Mayank's dismissal 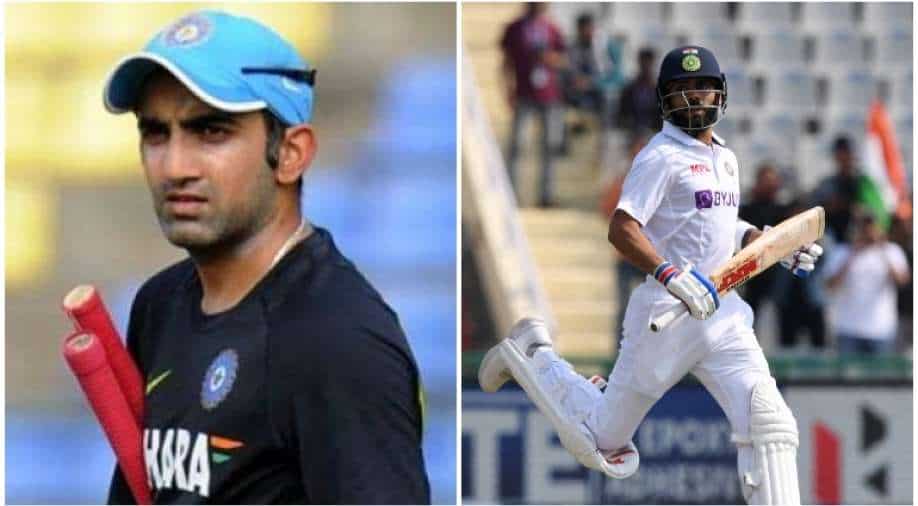 Speaking on the post-Tea show on Day 1 of the first Test, former Indian opener Gautam Gambhir shared a word of advice for the Indian batters following their dismissals. Here's what he said:

Team India locked horns with Sri Lanka in the two-match Test series opener at the PCA IS Bindra Stadium, Mohali on Friday (March 04). Former captain Virat Kohli headlined the day's proceedings as he featured in his 100th game in whites and, thus, joined an elite list of Indian cricketers to have done the same, such as Sachin Tendulkar, Rahul Dravid, Sunil Gavaskar, Sourav Ganguly, Kapil Dev, Virender Sehwag, etc.

Coming out to bat, after India won the toss and were 80/2, Kohli joined forces with No. 3 batter Hanuma Vihari and stitched an impressive 90-run stand for the third-wicket before falling for a good-looking 45 (76). On the other hand, the likes of captain Rohit Sharma (29), Mayank Agarwal (33), Vihari (58) and Shreyas Iyer (27) also got starts but were all back in the pavillion by the end of second session.

ALSO READ | 'Because of his stature, no one...': Ex-selector slams BCCI chief Sourav Ganguly for attending team meetings

Speaking on the post-Tea show on Star Sports on Day 1 of the first Test, former Indian opener Gautam Gambhir shared a word of advice for the Indian batters following their dismissals.

“One of the major concerns is that the bat is in the line of pads. When that happens, it is difficult to play deliveries that turn away as well as those that don't turn,” Gambhir noted.

“This is usually taught in formative years. Nowadays, you play so much limited-overs cricket that you lose your basics, the good habits die down. You've concentrated significantly on fast bowling, so I believe Indian batters have a scope for improvement in tackling spin,” added Gambhir.

Riding on Rishabh Pant's 96 and Ravindra Jadeja's 45 not out India reached 357-6 at stumps on Day 1 in Mohali. They will like to stretch the total beyond the 450-run mark on Day 2.