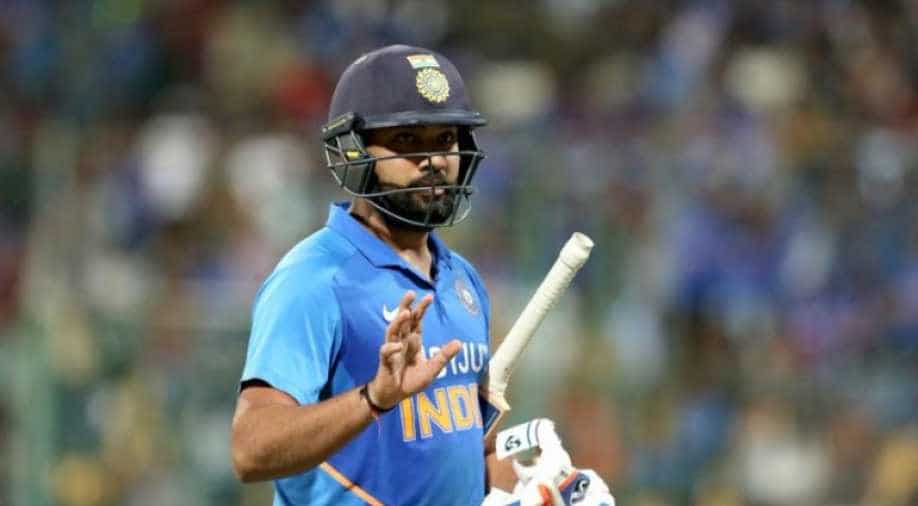 Rohit Sharma during the match against Australia Photograph:( Others )

Sharma, who also scored his first double-hundred in this ground, hit six sixes to score a stylish hundred that kept visitors at bay.

Sharma, who also scored his first double-hundred in this ground, hit six sixes to score a stylish hundred that kept visitors at bay. Sharma and Kohli's 137-run partnership was broken by Adam Zampa when he sent back Sharma for 119 runs.

However, Shreyas Iyer did not allow Australia to bounce back and kept scoring at a strike rate over 100. Kohli and Iyer's fireworks snatched the match away from Aussies. Kohli was on course of another hundred but his plans were spoilt by Josh Hazlewood when he was clean-bowled on 89. 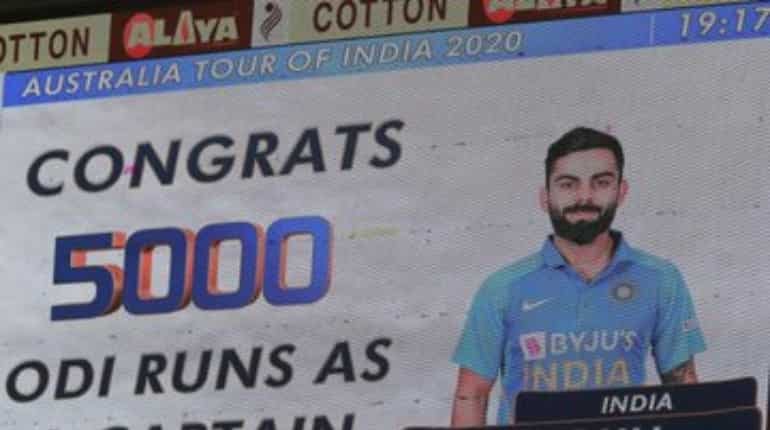 Frontline Australian bowlers, Pat Cummins and Mitchell Starc were brutally thrashed by Indian batsmen and both failed to claim any wicket. Spinners Ashton Agar and Adam Zampa were only bowlers who restricted the run flow and ended up with figures of 1 for 38 runs and 1 for 44 runs.

Manish Pandey smashed Hazlewood for a boundary to finish off the proceedings. Iyer remained not out on 44 that included one six and six fours.

Sharma was awared player of the match award for his innings. Kohli grabbed the man of the series trophy for two valuable knocks.

Earlier, Australia won the toss and this time elected to bat first. Steve Smith once again carried on his impressive form and this time completed the three-figure mark which helped Australia post 286 runs for the loss of nine wickets. Bengaluru is known as a high-scoring venue but wickets at regular interval meant that the visitors were unable to put up an intimidating total.

Shami again proved his worth as he ended up with four wickets for 62 runs. Shami gave India its first breakthrough by dismissing Warner whose unbeaten ton in the first match cost India a humiliating loss. Skipper Aaron Finch was run out after getting a decent start.

Smith and Marnus Labuschagne's partnership was looking threatening but Ravindra Jadeja, like the last match ended their stand and dismissed Labuschagne on 54. In the same over, Jadeja also claimed Mitchell Starc's wicket, who was sent to provide an impetus to Australia's innings.

Indian pacers once again were effective in the death overs and their yorkers not only took wickets but stopped the run-flow.

However, Smith kept holding one end and got out in the 48th over.

Jadeja ended up with two wickets and Jasprit Bumrah, even though did not pick any wicket, but proved his worth at death by restricting the scoring.