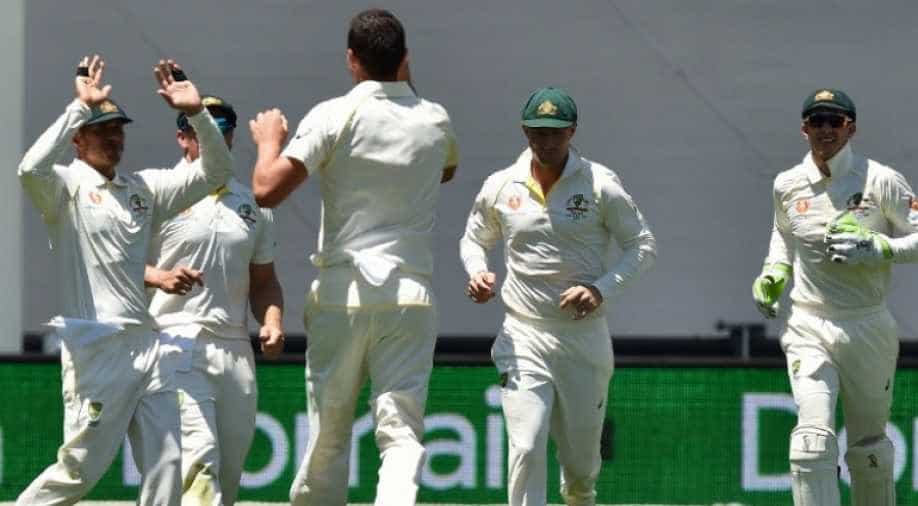 Cheteshwar Pujara and Rohit Sharma were on 11 and 15 respectively.

India were at a score of 56 runs for the loss of four wickets at lunch on the opening day of the first Test in Adelaide.

Australia grabbed three early wickets, including the prized scalp of star batsman Virat Kohli, to have India on the ropes.

After winning the toss on a day when temperatures are forecast to hit 39 Celsius (102 Fahrenheit), the visitors crumbled under an opening barrage from quicks Mitchell Starc, Josh Hazlewood and Pat Cummins.

Veteran Murali Vijay, in the side after young gun Prithvi Shaw suffered ankle ligament damage in a warm-up game, didn't last much longer, caught behind by skipper Tim Paine of Starc for 11.

It was an excellent session for Australia. India head in to the break at 56/4, with Josh Hazlewood taking 2/17. #AUSvIND LIVE ⬇️https://t.co/sCMk42Mboc pic.twitter.com/0JKYwSoRja

In marched superstar Kohli to a huge roar from the crowd, but a stunning catch by Usman Khawaja at gully off a Pat Cummins delivery saw him back in the pavilion for only three off 16 balls, with India in trouble.

At lunch, Cheteshwar Pujara and Rohit Sharma were on 11 and 15 respectively.

MS Dhoni one of the best to have played the game, he single-handedly built CSK: Dwayne Bravo