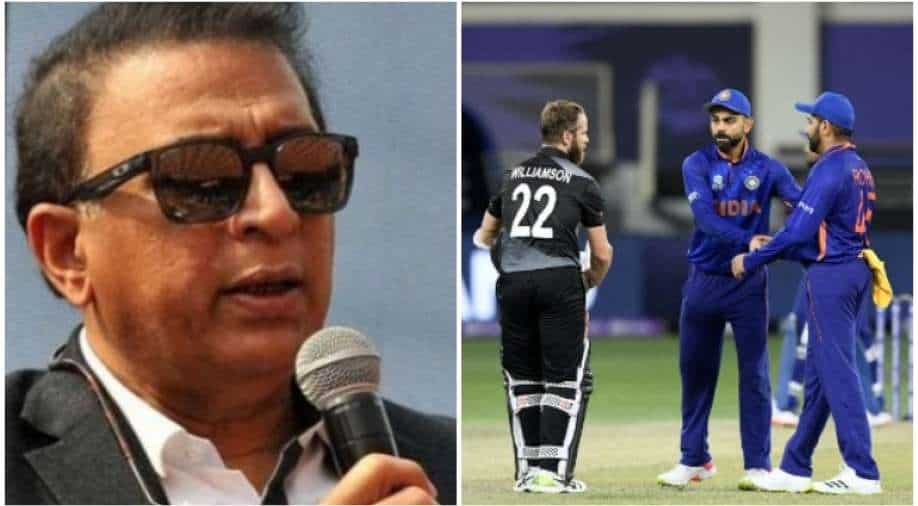 Baffled by Rohit Sharma's demotion versus New Zealand, Sunil Gavaskar has lashed out at Virat Kohli-led Team India's thinktank after their second successive defeat in the T20 WC.

Team India squared off with New Zealand in their second Super 12 encounter in the T20 World Cup 2021 edition, being held in the UAE. After losing to Babar Azam-led Pakistan by ten wickets, the pressure was on Virat Kohli & Co. to bounce back and keep themselves alive in the semi-finals race.

However, the one-time winners India fell flat in their face-off versus Kane Williamson-led New Zealand, on Sunday evening (October 31) at the Dubai International Cricket Stadium, Dubai. Being asked to bat first, the Men in Blue were restricted to 110/7, courtesy Trent Boult's 3-fer and Ish Sodhi's 2 for 17. In reply, the Black Caps completed the run-chase with 8 wickets and 33 balls to spare.

With another heavy defeat, India are on the brink of elimination. While nothing has clicked for India in the main draw of the competition so far, former Indian opener-turned-commentator Sunil Gavaskar has lashed out at Kohli & Co. for demoting vice-captain Rohit Sharma to No. 3, to accommodate Ishan Kishan at the top.

Speaking to India Today, Gavaskar said, "Ishan Kishan is a hit-or-miss player and it is better if a batsman like him walks in No.4 or No.5. He could then play according to the situation of the game. Now what has happened is that Rohit Sharma has been told that we don't trust you to face the left-arm fast bowling of Trent Boult."

"If you do that to a player who has been playing at a position for so many years, he himself will think that maybe he doesn't have the ability. If Ishan Kishan had made 70-odd runs we would have applauded. But when the ploy doesn't work, you are going to be criticised," he added.

"I don't know if it is a fear of failure but I know that whatever changes they made to the batting order today did not work. Rohit Sharma is such a great batsman and he has been sent in at No.3. Kohli himself, who has made so many runs at No.3 demotes himself to No.4. A young player like Ishan Kishan has been given the responsibility of opening the batting," Gavaskar signed off.

India's big guns with both the bat and ball haven't clicked in the tournament so far. They will face Afghanistan on Wednesday (November 3) and have to win to remain alive in the semi-finals race by a whisker. As of now, India already are on the cusp of an early exit.