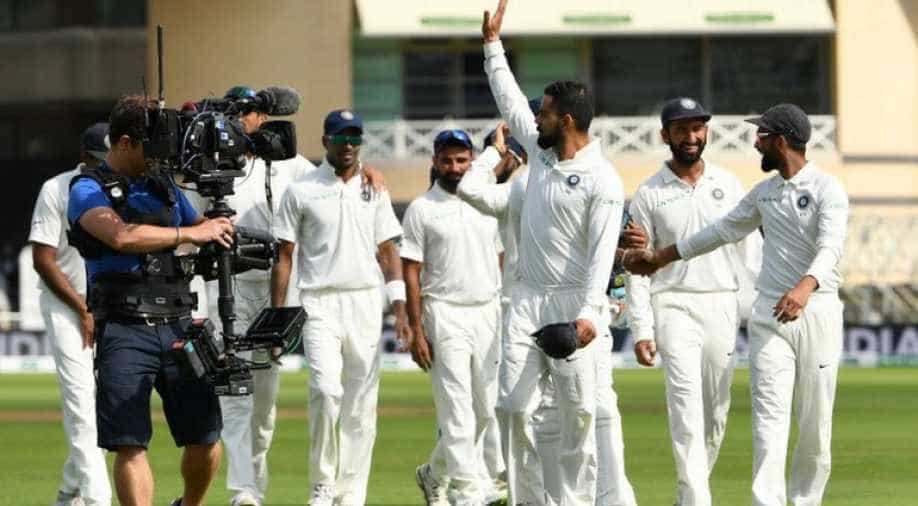 India saved face and the series by defeating England by a huge margin of 203 runs to win the third Test at Trent Bridge, Nottingham.

England, who were 311 runs for the loss of nine wickets at stumps on Day four, lost their last wicket within 15 minutes of the game opening on Day 5. The visitors took just 17 balls to take the wicket of James Anderson who had been batting with Adil Rashid.

Ace spinner Ravichandran Ashwin scalped Anderson who was caught behind the wicket. England were 317 all out in 104.5 overs.

Jasprit Bumrah and Virat Kohli emerged as India's heroes in the third Test.

On Day 4, at one stage, the day seemed to be going England’s way when Ben Stokes and Jos Buttler established 169 runs partnership for the fifth wicket.

But as soon as India took the new ball, Bumrah was brought on and scalped three quick wickets to hasten England’s defeat.

While Bumrah was the star with the ball in the second innings, it was Hardik who took five wickets to play the lead role in England being bowled out in one session on day 2 itself.

After this, Team India declared their innings in the second innings with 352 runs for 7 wickets and set a huge goal of 521 runs for the hosts to win the series.

Apart from Kohli, Cheteshwar Pujara scored 72 runs in 208 balls with nine fours while Hardik Pandya remained unbeaten on 52 runs in 52 balls with seven fours and one six.

This was a big comeback for India after they were thoroughly outplayed in the first two Tests.