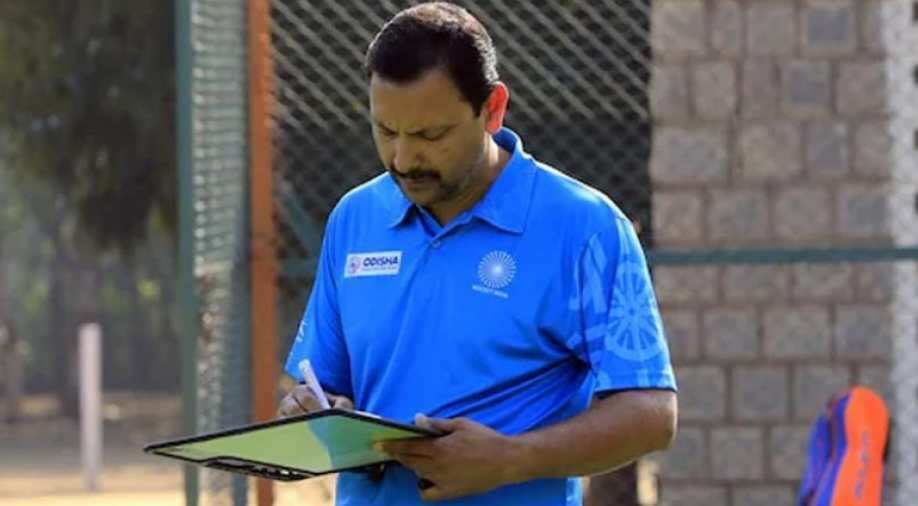 The India coach's vitriolic outburst came back to haunt him as the FIH chief said a team should be graceful in defeat and questioning umpires is against the spirit of the game.

Harendra Singh's outburst against umpiring after India's quarter-final loss to Netherlands in the ongoing World Cup didn't go down well with the world body (FIH) and its President Narinder Batra Saturday hinted at a strict action against the coach for his indecent behaviour.

Eyeing to rewrite history after a hiatus of 43 years, India lost 1-2 to Netherlands in the fourth and last quarter-final to crash out of the tournament in front of a packed Kalinga Stadium.

Soon after the defeat, Harendra blamed poor umpiring for his side's unexpected early ouster, saying FIH seriously need to address the issue as his side has been on the receiving end of poor on-field decisions twice this year.

But the India coach's vitriolic outburst came back to haunt him as the FIH chief said a team should be graceful in defeat and questioning umpires is against the spirit of the game.

"Being the FIH President I have to follow certain protocols and I have my strong reservations against this kind of behaviour. A sport has to be played in the right spirit," Batra said in a press conference also attended by FIH CEO Thierry Wiel here on Saturday.

"One should be graceful whether you win or lose. Finding a fault is very easy. You should rather appreciate and respect. They (umpires) have only two eyes. They are doing a job, a thankless job. They will get criticised by anybody who loses," he added.

Harendra's job has been under the scanner ever since India failed to defend its Asian Games title in Jakarta and the World Cup was his last opportunity to save his skin.

It seems the India coach is set to lose his job with Hockey India mulling to take a drastic decision on the matter after the conclusion of the World Cup.

A former chief of Hockey India, Batra, who has considerable influence on the national federation, further indicated that some radical changes are on the offing in Indian hockey.

"I am here till the 17th December and then I will return to Delhi. After 17th I will give my statement on the issue as NOC (National Olympic Committee) President," said Batra, who also heads the Indian Olympic Association (IOA).

"You are being unfair to people on the grounds, sometimes umpires themselves ask for referrals. Other games have also adopted (video referrals)."

FIH CEO Weil, who came on board in March this year, too felt it was not wise to blame umpires after a defeat.

"I think the beauty of sports in principle is that you have a winner and a loser. The day you win, you are happy. The day you lose, you are sad, which I understand. Even Argentina team cried on the bench," he said.

"Respect in fair play is such a nice thing. When you lose, what you have to do? You have to look forward to play better and win next time. To blame umpires is not the hockey style.

"I would just recommend (that) and definitely say umpires have a tough job, decision to be made within seconds. It (questioning umpires) is not acceptable."

The FIH CEO said the world body is no mood to review any umpiring decisions.

"We will not review anything. We will review the teams who have made such complaints made against the umpires. That is not acceptable. If you lose, you have to accept it and look forward," Weil said.