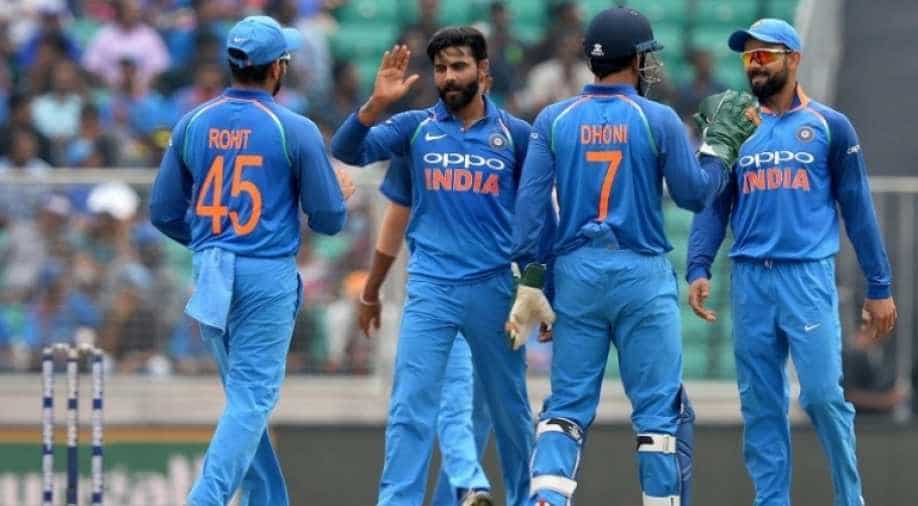 Electing to bat, the Jason Holder side kept losing wickets in quick intervals.

India's bowling attack ripped apart the West Indies batting line-up to be in command in the fifth and final ODI on Thursday.

Electing to bat, the Jason Holder side kept losing wickets in quick intervals and were bundled out for a paltry total of 104 runs. The situation was such that the side was all-out in just 31.5 overs.

Marlon Samuels and skipper Holder are the only two players to cross 20 digit mark, while Rovman Powell made 16 and the rest failed to cross the 10-digit mark.

India need 105 runs to win the match and the series which they lead by 2-1.

In the 4th ODI also, Windies were bundled out for 153 to give India a huge 224 runs lead. In the game, Rohit Sharma and Ambati Rayudu had scored a century each.