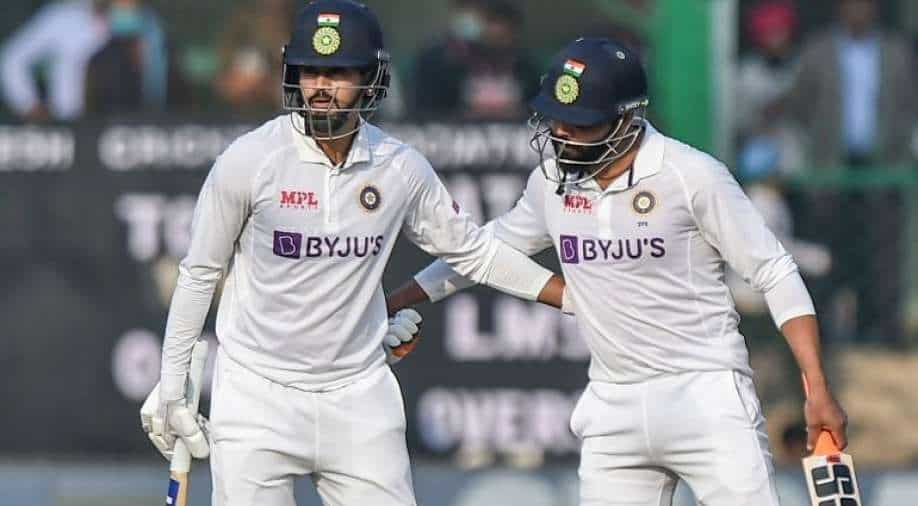 Shreyas Iyer slammed a ton on his Test debut during Day 2 of the Kanpur Test between India and New Zealand on Friday. Thus, he has joined a list of elite Indian cricketers to achieve the same feat on debut in whites.

Shreyas Iyer made heads turn on his Test debut during Day One of the Kanpur Test between India and New Zealand, on Thursday (November 25). Taking India to 258-4 at stumps, Iyer was unbeaten on 75 and looked comfortable as his innings progressed.

As soon as the action began on Day Two, Iyer was on fire and dealt in boundaries to get closer to his maiden three-figure mark in whites. Despite losing his overnight partner Ravindra Jadeja (50), Iyer looked at his usual best and got to his maiden hundred with wicketkeeper-batsman Wriddhiman Saha at the other end.

By registering his maiden ton on debut, Iyer joined an elite list of Indian cricketers to have achieved the same feat in their first outing in whites. Here's the list (including players with debut tons in home Tests):

The latest addition into the Centuries on debut for India club - @ShreyasIyer15 👌#TeamIndia #INDvNZ @Paytm pic.twitter.com/r9yl1kFjQa

After reaching his ton, the right-hander was determined to score a daddy hundred, however, he fell to Tim Southee for 105 (laced with 13 fours and 2 sixes at a strike-rate of 61.40). Nonetheless, he impressed one and all and has made a strong case for retaining his spot for the second and final Test, in Mumbai from December 3. While the big guns such as regular captain Virat Kohli, Rohit Sharma, etc. are expected to return to the squad for the series finale, Iyer might hold onto his spot in the playing XI after his recent heroics.

At lunch, India were 339-8 with R Ashwin nearing his half-century. The Ajinkya Rahane-led hosts will look to near the 375-run mark and challenge the Kane Williamson-led Black Caps in the series opener at Green Park, Kanpur.