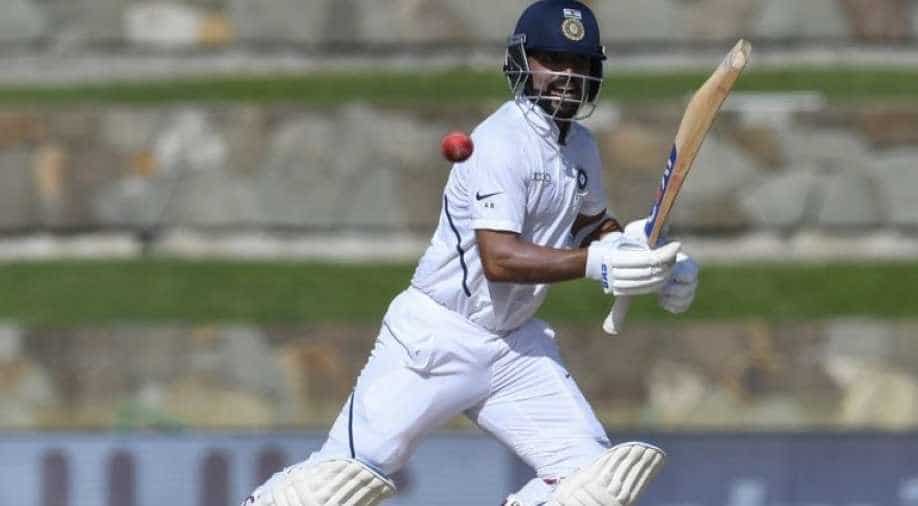 Ajinkya Rahane's poor form continued as he fell for 35 on Day One of the first Test between India and New Zealand in Kanpur on Thursday. VVS Laxman has opened up on stand-in captain's shot selection.

Ajinkya Rahane-led Team India won the toss and decided to bat first on Day 1 of the Kanpur Test versus New Zealand on Thursday (November 25). Riding on half-centuries from Shubman Gill (52), debutant Shreyas Iyer (75 not out) and Ravindra Jadeja (unbeaten 50), India closed the day's play being well-placed at 258-4.

At one stage, India were in troubled waters, being reduced to 145-4, before Iyer-Jadeja's unbeaten fifth-wicket stand took the home side out of crisis and ended the day on a high. Kane Williamson-led New Zealand bowlers had a tough day on the field. While they accounted for only a single wicket in the first session, NZ bowlers bounced back with three quick wickets in the second session before the tables turned against them in the final session.

While Iyer, Jadeja and Gill made heads turn and rose to the occasion for India, stand-in captain Rahane's poor run of form continued. The right-hander came in at No. 4 and looked good in the middle before throwing his wicket for 35. Hence, NCA head and former India Test specialist remained unimpressed with Rahane's shot selection post Day 1's proceedings.

Talking to Star Sports, Laxman said, "The moment Ajinkya Rahane came into the crease, what did Kyle Jamieson do? He goes to short-pitch deliveries. We know Rahane has only one option against short-pitched deliveries, which is to play the pull shot. It was an instinctive shot that led to his dismissal. It's okay to play besides the line in places like South Africa and Australia even if there is not much width, because of the bounce, you can hit through the square of the wicket."

"In Kanpur, you can't play the ball where there is no bounce at all. You have to play with the full face of the bat, maybe a vertical bat. You can't play with an angled bat," he added.

Rahane fell to fast-bowling all-rounder Kyle Jamieson after settling in the middle. After end of day's play, NZ's star speedster Jamieson told the broadcasters, "Found some swing early and it was up and down a little bit. Hardly played the last couple of months. Nice to get back onto the park. Hopefully the new ball swings a little bit in the morning and we can get them. India fraction ahead I think. We hung around pretty well. Need a good start in the morning."

India will look to post anything over 400 and challenge the Kiwis. On the other hand, Rahane will be desperate to get a big score under his belt in the second innings and head into the series decider, in Mumbai, with a daddy hundred in his kitty.