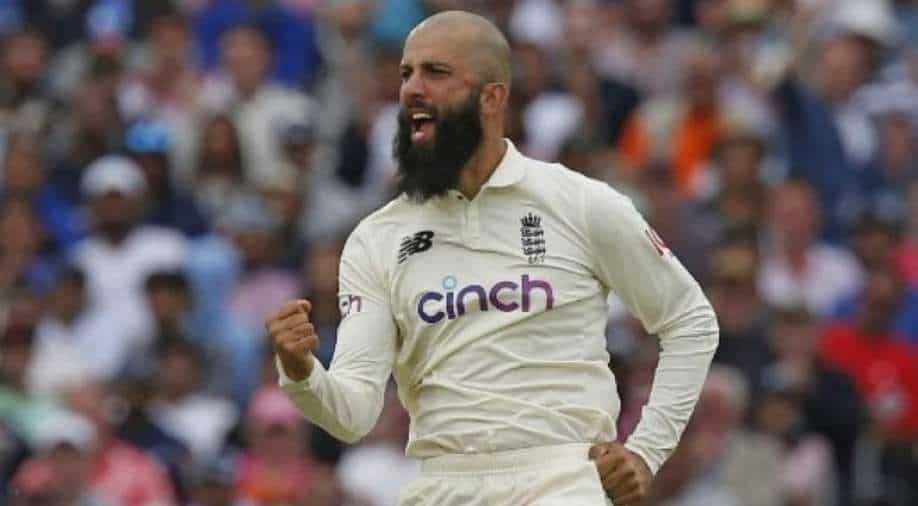 After England openers gave a required start, the hosts were 77-0 at the close of the fourth day, needing a further 291 runs to reach a daunting target of 368 after India had piled up 466 in their second innings.

England spinner Moeen Ali has named the "biggest threat" after Virat Kohli-led team India set a mammoth target against England in the fourth Test of a five-match series, thanks to Rohit Sharma's sublime century in the second innings. He top-scored with 127 — the opener's first overseas hundred and put on 153 for the second wicket with Cheteshwar Pujara (61).

Importannt to note here that England's highest fourth-innings winning total was the Ben Stokes-inspired 362-9 against Australia at Headingley in 2019, with their highest victorious chase at the Oval the 263-9 they made against Australia back in 1902.

After England openers gave a required start, the hosts were 77-0 at the close of the fourth day, needing a further 291 runs to reach a daunting target of 368 after India had piled up 466 in their second innings.

As the match currently stands at a situation, where anything is difficult to predict, however, England spinner Moeen Ali opened up on England chances and which player will be the biggest threat for the hosts.

While speaking to Sky Sports, Ali said that India always "fight back strongly" and that is something the England team are going to have to be wary about.

"Jasprit Bumrah is one of those bowlers that can make anything happen but Jadeja is the biggest threat on that wicket. It's such a flat wicket but we're still going to have to play well. India always fight back strongly and that's something we're going to have to be wary about," Ali said.

"I thought the boys batted excellently. We knew if we get through the first 10 to 15 overs, the two guys who are in are very disciplined. They've done it before in the series when they put on an amazing partnership, so hopefully, they can do it again tomorrow," he added.

Chris Woakes also insisted that England could pull off a record run chase ahead of what promises to be a thrilling last day.

"This team has done special things over the last few years. We've got the belief we can go and get the win," Woakes told reporters.

"A lot of hard work still needs to be done. You can draw on those experiences, looking at what we are capable of. It's about belief.

"Everyone will agree that we can go and get the runs -- there will be no doubts about that."