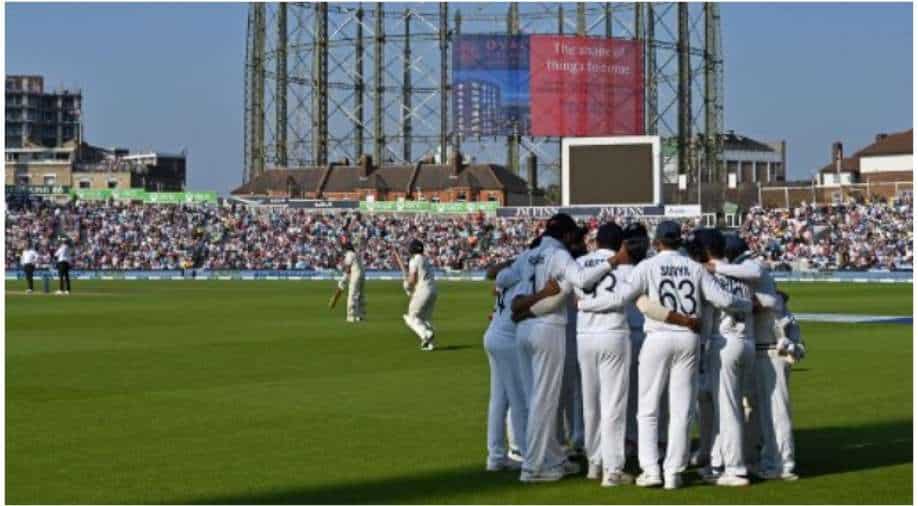 As all three results are possible on Day 5 of the fourth and penultimate Test between India and England, here's a look at the weather conditions at The Oval, London -

India and England have been engaged in a pulsating contest in the fourth and penultimate Test at the picturesque Kennington Oval, London. After four days of cricket, all three results are possible on Day 5, which promises to be an enthralling affair between two top sides in world cricket.

Day 4 of the penultimate Test commenced with Team India resuming their second innings from 270-3, leading by 171 runs. Virat Kohli and Ravindra Jadeja started from where they had left after early stumps on Day 3. While Jadeja looked set, he departed for 17 whereas vice-captain Ajinkya Rahane (0) continued to disappoint.

Kohli also fell for a good-looking 44 with India's lead being only 213 runs at that time. However, Rishabh Pant (50), Shardul Thakur (60) and valuable contributions from Umesh Yadav and Jasprit Bumrah took India to 466 all-out, setting up a challenging 368-run target for the hosts. At stumps, Haseeb Hameed-Rory Burns took England to 77 for no loss as all three results look possible on Monday (September 6).

How will the weather hold up for the final day?

As of now, it seems the cricketing fraternity will get to see the whole day’s play without any rain break. There could be some clouds over the head between 11 AM and 2 PM local time, however, the sun will continue to shine bright throughout. According to the Accuweather, there still remains a 14% chance of rain. The temperature is most likely to hover around in the mid-20s. Overall, a terrific finish is likely on the cards as both sides aim for an unassailable lead.