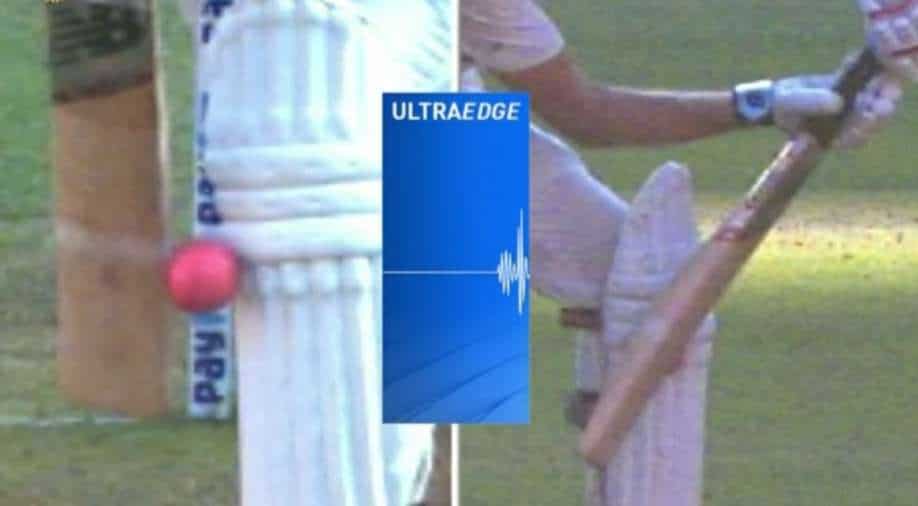 A bit of controversy erupted on Day 2 of the ongoing pink-ball Test between India and England at the Narendra Modi Stadium in Ahmedabad after third umpire Chettithody Shamshuddin reversed the decision by on-field umpire to give a lifeline to England captain Joe Root.

A bit of controversy erupted on Day 2 of the ongoing pink-ball Test between India and England at the Narendra Modi Stadium in Ahmedabad after third umpire Chettithody Shamshuddin reversed the decision by the on-field umpire to give a lifeline to England captain Joe Root.

The incident happened in the fourth delivery of the 15th over when Axar Patel fired a straighter delivery to Root as the ball stuck the England skipper’s pad. While the on-field umpire raised his fingers to give marching orders to Root, the England captain reviewed the decision.

Root leant forward to defend the ball but with his bat and pad very close to each other, the England skipper took the DRS very late. The third umpire took a close look at various angles. After going through the delivery with zoomed-in angles, there was still a bit of confusion.

While one angle showed that the ball struck the pad first, the other angle showed there was a bit of bat. After taking a close look at it, the third umpire decided to reverse the decision with Root getting a life-line.

But Axar was quick to send back the England captain as a couple of overs later, he dismissed Root.

However, cricket fans on social media were clearly unhappy as the majority of them thought it was a pad first and hence, Root should have been given out.

Joe Root was out. Not a good call by third umpire. What do you think? #INDvENG pic.twitter.com/Fg4ChNXmA5

I thought it was pad first.

Wrong decision by third umpire....Joe Root was clear cut out
Technology can divert your decision and forcebu to give wrong decision

Lousy umpiring.. this was clearly out..Joe Root must thank the third umpire for his incompetence..#ENGvIND

Even Joe Root knew it was PAD first

Had it been BAT, he would have gone immediately to the Third Umpire#INDvENG

Joe Root clear confirm that there is no Bat while discussed with Ben Stokes.
But 3rd Umpire is on Drunk Mode

Meanwhile, India continued to dominate proceedings on Day 2. Despite getting bowled out for 145, Indian bowlers made life difficult for the visitors and picked up five wickets at a time when England were just on 56.

The series is locked at 1-1 with India looking to take a lead in the four-Test series.