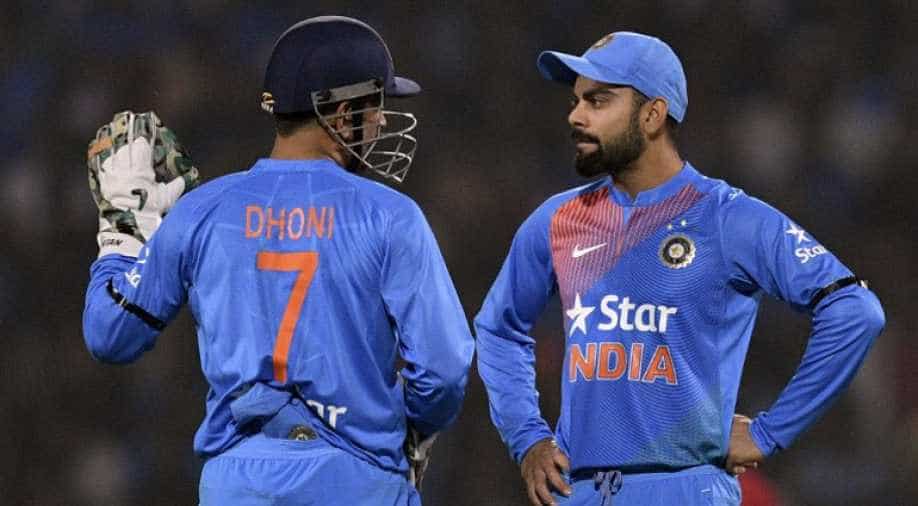 Indian skipper Virat Kohli fell four-run short of his half-century and was dismissed for 46 by Jhye Richardson.

Earlier, India lost opener Rohit Sharma early in chase of 231 set by Australia in the third and final ODI at the Melbourne cricket ground on Friday.

With Shikhar Dhawan skipper Virat Kohli on the crease, India's score stands at 26 for the loss of one wicket after 10 overs.

Earlier, spinner Yuzvendra Chahal displayed a fiery spell of bowling to clinch six wickets and restrict Australia for a mere 230 runs in the third and final ODI against India on Friday.