I was lost and disappointed: Suryakumar Yadav on late Team India call-up despite IPL heroics 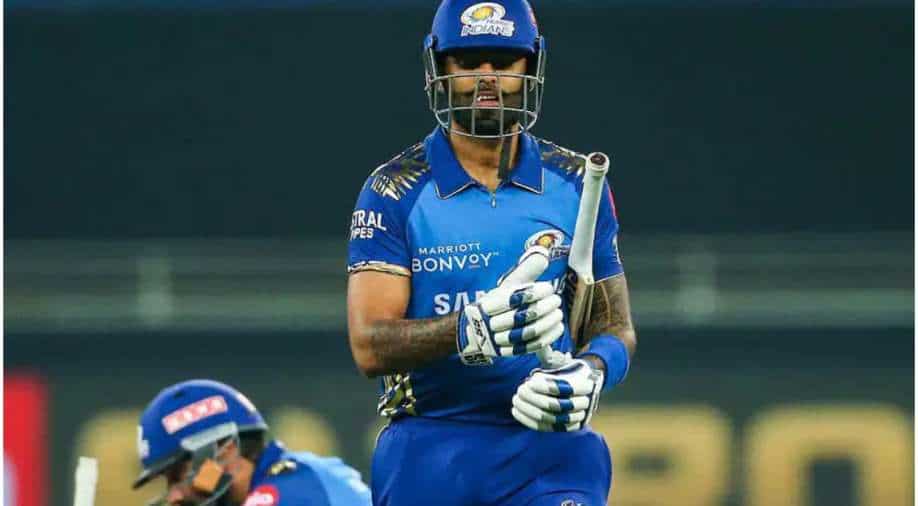 Suryakumar Yadav scored over 400 runs for Mumbai Indians (MI) in every IPL season from 2018-2020. However, he had to wait for a long time for Team India call-up. The swashbuckling batter opened up on his long snub.

Suryakumar Yadav has done the hardyards to represent Team India. Being groomed in the Gautam Gambhir-led Kolkata Knight Riders' (KKR) setup, SKY returned to Mumbai Indians (MI) in IPL 2018 and his career changed from thereon. From IPL 2018-2020, the right-hander was in stunning form for the Rohit Sharma-led MI line-up, amassing over 400 runs in each season.

Despite his IPL heroics, and also some good outings in the domestic circuit, the right-hander had to toil hard to break into the national side. During his rich form in IPL 2020, Team India's limited-overs squad was announced for the Australia tour. While many thought he would be included, SKY wasn't named in the squad. Recently, the MI batter opened up on his long wait to enter the Indian team.

The 31-year-old in a recent chat with cricket presenter Vikram Sathaye told, "Almost half the IPL was over (in 2020) before that match (against RCB) happened. I still remember, the Indian team (for the tour of Australia) was going to be announced. I had a good IPL 2019 and 2020 season, and I scored runs in domestic cricket as well," said the right-handed batter.

"I expected that I would get a call. It was not an arrogant thought like ‘yes, I am going to get a call’. But, back of the mind, there was this hope that the long wait would end. When I saw the squad, and my name was not in it, I was a little disappointed. From my side, I was trying to do everything. I took my wife to the beach for walks, and missed a few practice sessions, as I was thinking about that (not being selected) only,” he added.

He further stated, "One day, Mahela and Zak came up to me, and said that this was the perfect opportunity to prove myself as it was MI vs RCB. I said, ok, but back of the mind, I was lost and disappointed. I didn’t know what was happening even as the trainers and captain were speaking to me."

SKY finally debuted for India during the England T20Is at home early this year. He made a mark in his first-ever appearance for the Men in Blue, opening his account in international cricket with a blazing six off Jofra Archer. He was also named the Player-of-the-Series in Shikhar Dhawan-led India's limited-overs tour of Sri Lanka in mid-2021.

Despite an ordinary IPL 2021, SKY has been retained by the MI franchise for IPL 2022. Moreover, he will hope to continue piling up runs for Team India in their upcoming assignments in the shorter formats and cement his spot.