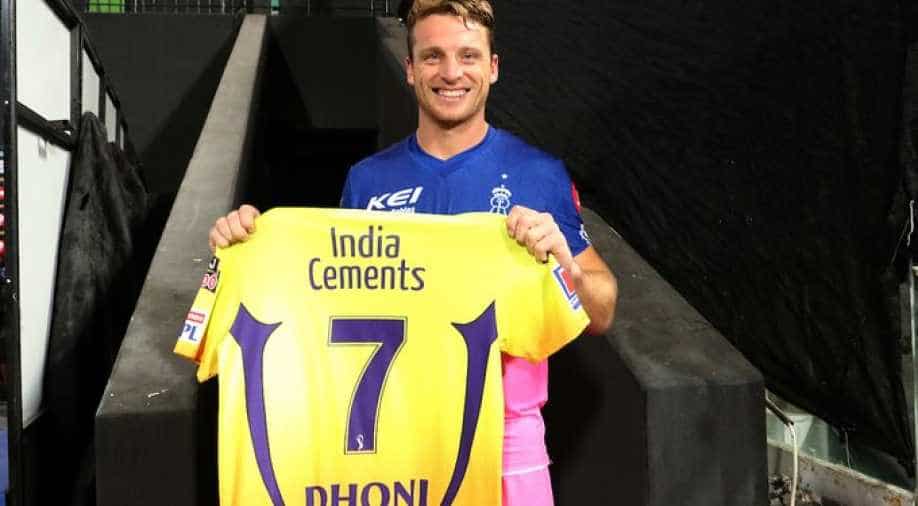 Rajasthan Royal's wicketkeeper Jos Buttler lauded CSK skipper MS Dhoni to mark the beginning of wicketkeeping captains from India as there are four such captains in the ongoing Indian Premier League.

"I am sure MSD (Dhoni) has something to do with the sixth sense and breeding of wicketkeepers who can captain. He obviously has been a fantastic captain and there are lots of players who want to follow in his footsteps," Jos Buttler told PTI Bhasha.

"I think a wicketkeeper has a brilliant view of the game. That can add to your decision making as you can see first-hand how the wicket is behaving and the way bowlers are bowling," Buttler added.

Buttler went on to talk about his team ahead of their first match against Punjab Kings.

"We have lots of variety in the team this season with some world-class all-rounders like Ben Stokes and Chris Morris and a new captain. Sanju (Samson) is very exciting player and has a long affiliation with the franchise.

"He is a very calm person and likes to have fun. I am sure he would try and get across that to the team. There will be a lot of passion in his leadership," he said.

"I strongly believe Ben Stokes will be the X-factor for our team in this season," Buttler signed off.