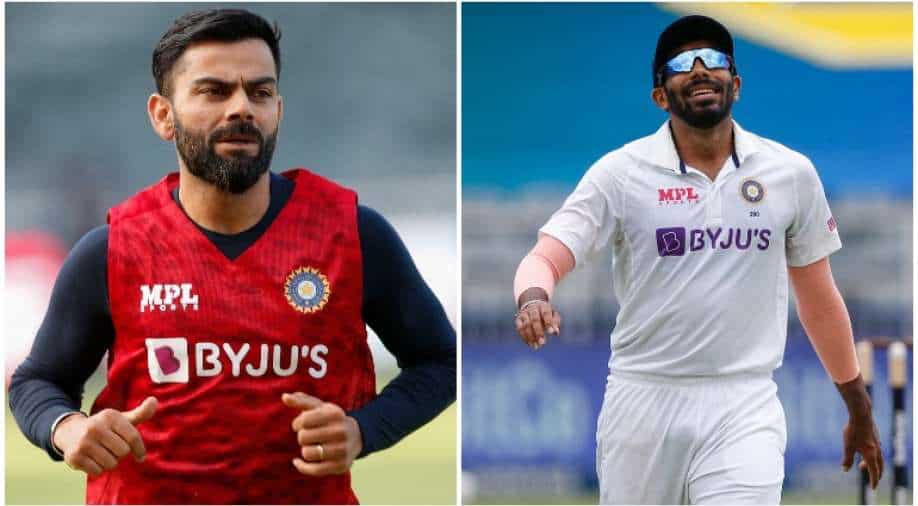 Virat Kohli stepped down as the Test captain a day after India lost the three-match series versus Dean Elgar-led South Africa. Jasprit Bumrah opened up on Kohli's resignation ahead of the three ODIs:

Virat Kohli resigned as the Indian Test captain on Saturday (January 15), shocking the entire cricket fraternity. The 33-year-old took over as the Test captain, from MS Dhoni, in late 2014 and led the side in the purest format from 2015-2021.

Under Kohli, India achieved sizeable success in whites, winning a Test series in Australia, taking an unassailable 2-1 lead over England in the United Kingdom in mid-2021 -- in an incomplete five-match series -- won two Tests in South Africa, dominated at home and played the inaugural WTC final.

Kohli stepped down as the Test captain a day after India lost the three-match series versus Dean Elgar-led South Africa in the national side's ongoing tour of the African nation.

ALSO READ | 'If given an opportunity to lead India.....' - Jasprit Bumrah opines on prospect of leading Team India

In the press conference ahead of the three ODIs versus South Africa, in the rainbow nation on Wednesday (January 19), pacer Jasprit Bumrah reacted to Kohli quitting as Test captain. He said, "See, I am not here to give a judgment on Virat's decision to leave Test captaincy. It is a personal decision, we respect his decision. He knows how his body is reacting and what frame of mind he is in. I respect that, it has been an immense pleasure to play under Virat Kohli, I made my Test debut under him. He brings a lot of energy to the side. He will always be a leader in the group and his contribution has always been immense."

In addition, the 28-year-old Bumrah clarified that the players were aware about Kohli before he made it official, via a post from his official Twitter handle. "We are close as a team unit, we got to know about his decision in a team meeting that he will stand down as the Test captain. We respect his decision, we value his leadership. We congratulated him for what he achieved as a leader of this side," Bumrah added.

Bumrah heaped praise on Kohli as a leader and pointed out, "Virat has been the leader of our team, he is energy-driven and he has brought a lot of change to Indian cricket. Everybody got fitter in the team, his contribution has been immense. He is a very important player in the group, his assistance, and knowledge of the game would always be used by the team. He will add inputs and suggestions, we all look up to him."

For the unversed, Bumrah will serve as the vice-captain in the upcoming three ODIs between India and South Africa. KL Rahul will lead the side with limited-overs captain Rohit Sharma ruled out due to hamstring injury.