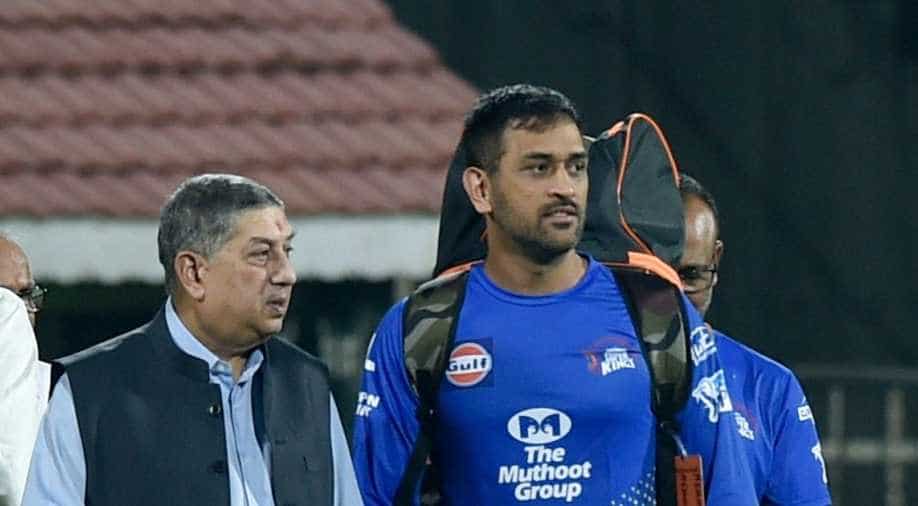 Former president of Board of Control for Cricket in India (BCCI) – N Srinivasan – has revealed how he chipped in to save MS Dhoni from getting removed as the captain of Indian team in 2011/12.

Former president of Board of Control for Cricket in India (BCCI) – N Srinivasan – has revealed how he chipped in to save MS Dhoni from getting removed as the captain of Indian team in 2011/12. Srinivasan’s latest revelations come in after Dhoni announced his retirement from all forms of international cricket on August 15, 2020 after enjoying a trophy-laded career spanning over 16 years.

While Dhoni has spectacularly led India to World Cup win in 2011, Team India’s performance in Test cricket left the selectors unimpressed and they decided to sack Dhoni as captain after whitewashes in Test series in England and Australia.

However, Srinivasan chipped in and returned from his holiday to save the swashbuckling glovesman as the skipper of Indian team. Srinivasan was left stunned to hear that the selectors were thinking of removing him as ODI captain despite India lifting the World Cup in April 2011.

ALSO READ: MS Dhoni and I hugged and cried a lot after announcing retirement: Suresh Raina

"They (selectors) had not even thought of who would be his replacement. There was a discussion and then (before the formal meeting) I said there was no way in which he would not be a player (captain).

"In fact, it was a holiday. I was playing golf. I came back. Sanjay Jagdale was the (BCCI) secretary at that time and he said, 'Sir, they (selectors]) are refusing to choose the captain. They will take him [Dhoni] in the team [as a player].' I came and said that MS Dhoni would be the captain. I exercised all my authority as the (BCCI) president," he added.

Reflecting back at the decision, Srinivasan said he was glad he stood his ground. As per old constitution of the BCCI, team selectors needed a final approval from the board president. However, after Lodha reforms, the chief selector holds the right to give the final nod in selection matters.

“See, there was apparently some prejudice somewhere, which reflected. He (Dhoni) has won the World Cup for you. After 1983, India won it again and you say, ‘I don’t want him to be the ODI captain’! Left to them (selectors), they might have (dropped him as a player). I don’t know. I think that was the most unfair (move) and I am glad that I stood my ground,” Srinivasan said.

Meanwhile, Dhoni will continue to play in the Indian Premier League (IPL) for Chennai Super Kings and will be seen in action from September 19.