'Honestly, have no idea': Rohit Sharma on why R Ashwin hasn't featured regularly in overseas Tests 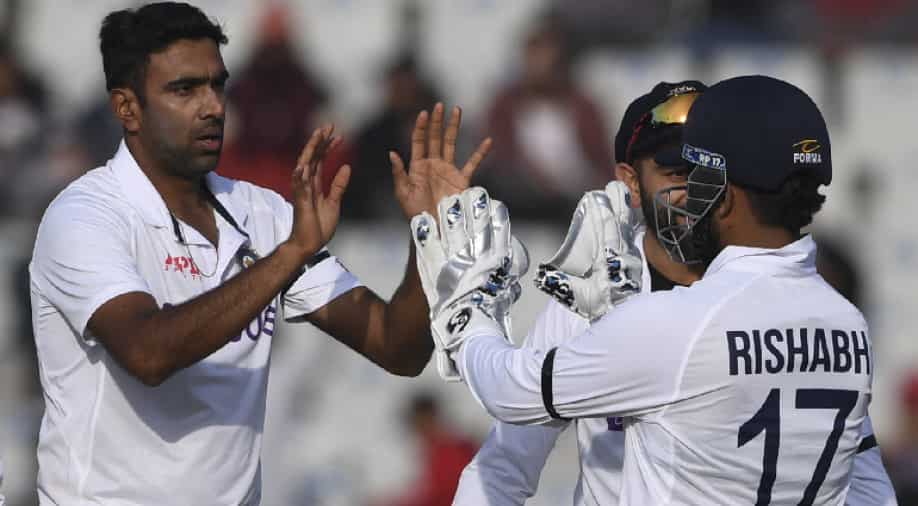 After the match, Rohit was asked to comment on how Ashwin still struggles to feature in India's playing XI on a regular basis when playing away from home (in overseas conditions). To this, Hitman said the following in the post-match presser:

India thrashed Sri Lanka by an innings and 222 runs in the series opener of the two Tests in Mohali on Sunday (March 06). After dismissing the Lankans for a paltry 174 in the visitors' first essay, following India's 574-8 decl., India bundled out the Islanders for 178 in their following innings to win big and go 1-0 up in the series.

There were quite a few positives for Team India throughout the course of the first Test. While Ravindra Jadeja further grew in stature as an all-rounder, returning with a blistering 175 not out and nine-wicket haul in the match, R Ashwin surpassed Kapil Dev's wicket tally (434) to become India's second-highest wicket-taker (436), after Anil Kumble (619).

After the match, Rohit was asked to comment on how Ashwin still struggles to feature in India's playing XI on a regular basis when playing away from home (in overseas conditions). To this, Hitman said the following in the post-match presser:

“Really, can’t tell you anything about his overseas place - why doesn’t he find it or why is he in the eleven. I honestly, have no idea because I wasn’t a part of the selection at that point so I can’t tell you what happened and why was he left out and why didn’t he play and those kinds of stuff,” Rohit explained.

At the post-match presentation, Rohit hailed the team effort and said, "It was a good start. It was a great game of cricket from our perspective. We ticked all the boxes we wanted to. To be honest I didn't think it is going to be that kind of a Test match which would get over in three days. It was a good batting pitch, there was some turn and some assistance for the seamers as well. Lot of credit to the guys, they bowled very well in tandem, kept the pressure and never made it easier for the Sri Lanka batsmen. We just ensured we applied pressure from both ends. Good signs for India cricket. Lot of performances, landmark Test match for Virat and we wanted to come out here and win the Test first and foremost. It was heartening to see such big individual performances."

Apart from Ashwin-Jadeja, there were many positives for India in the form of vital runs from new No. 3 batter Hanuma Vihari, Rishabh Pant's 96 and key wickets from Mohammed Shami and Jasprit Bumrah. The second and final Test commences on March 12 in Bengaluru; i.e. a day-night affair.